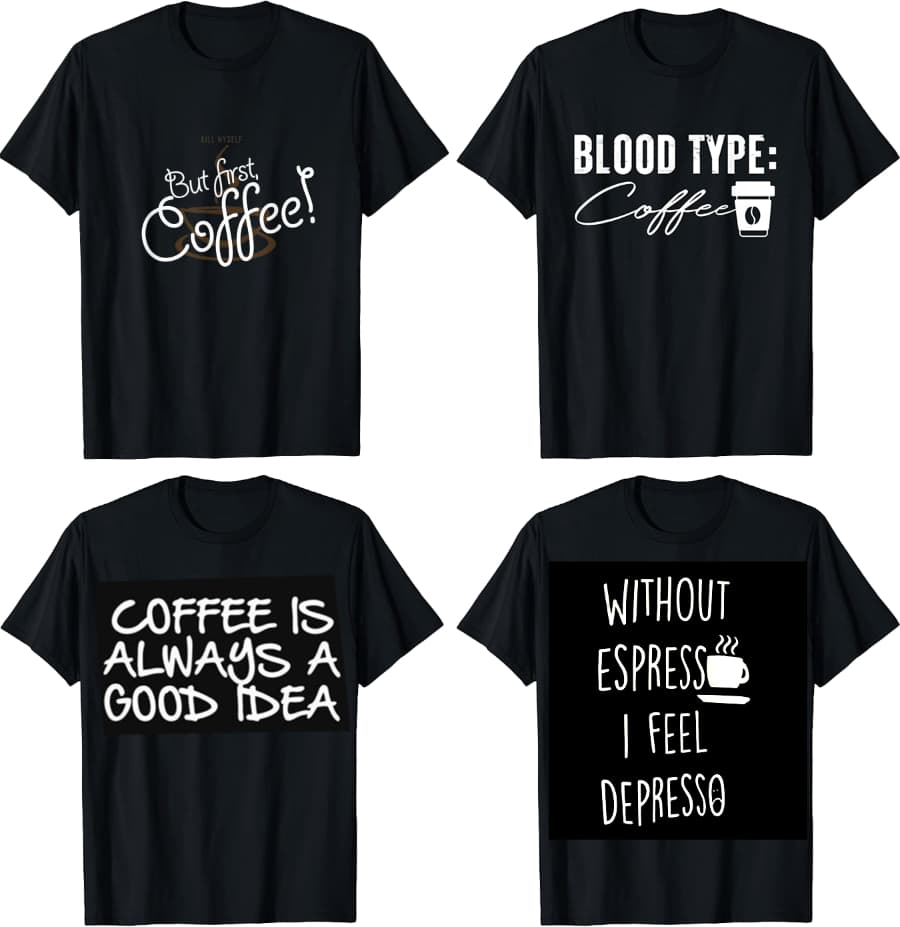 Are you a first-thing-in-the-morning coffee drinker? After reading the advice of certified nutritional therapist and ChefV.com founder, Veronica Wheat, you may want to wait a little bit before having your first cup.

“A day without coffee is like … just kidding I have no idea.”

“Coffee spelled backwards is EEFFOC. Just know that I don’t give EEFFOC until I’ve had my coffee.”

Even though I don’t drink coffee, I can’t help but laugh at ironic coffee t-shirts.

But let’s take a closer look at the “Eat. Sleep. Coffee. Repeat” slogan.

A more accurate ironic slogan for many people would be, “Wake up. Coffee. Coffee. Coffee. Eat. Sleep. Repeat.” That’s because most people race out the door on their way to work with a cup or two or three of coffee well before they eat anything.

And I’m not talking about functional coffee drinks that contain coconut oil and mushroom powder.

Nope, I’m referring to the straight black stuff some people wish they could inject directly into their veins in order to feel alive in the morning.

If nothing can resurrect you in the morning except for coffee, I’m not going to try and convince you to give it up. (Unless you’re about to do a CLEANSE, which requires a coffee-free pre-cleanse phase.)

I am, however, going to ask you to reconsider drinking coffee on an empty stomach. 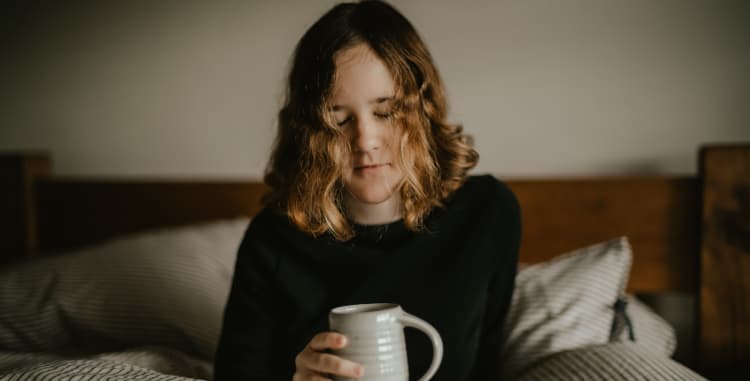 You’re probably familiar with the term “cortisol.” But just in case you need a refresher, in plain English, cortisol is known as the body’s major stress hormone.

Cortisol helps our body physically deal with stress, sending us into fight or flight or freeze mode. It’s a good thing that we have cortisol because it regulates our body’s stress response.

So when a distracted A-hole driver swerves into your lane and is heading right towards you, you can thank cortisol for giving you the superpower to be alert and steer your way to safety.

But just like 10 cups of coffee or glasses of wine a day, too much of a good thing is a bad thing. And when we’re constantly stressed out, we can have too much cortisol coursing through our system.

Having excess cortisol is no bueno! It can cause elevated blood sugar levels, even contributing to type 2 diabetes. It can also wreak havoc on your immune system. And ladies: too much cortisol can screw up your cycle and may cause an imbalance of other hormones.

And if that’s not bad enough, having too much cortisol may lead to an increase of the most dangerous kind of fat: visceral fat. Visceral fat is the deep belly fat that surrounds the organs in your abdomen.

Now, normally, levels of cortisol are naturally high in the morning. Why then do we need coffee if our body should be more alert? Why do we feel dead to the world without coffee if cortisol is supposed to be our natural alarm clock?

—-> 3 Ways To Feel Unstoppable In The Morning Without Coffee

It could be because you’re not getting enough sleep. Or maybe you’re drinking too much coffee, which can screw up normal cortisol fluctuations during the day. 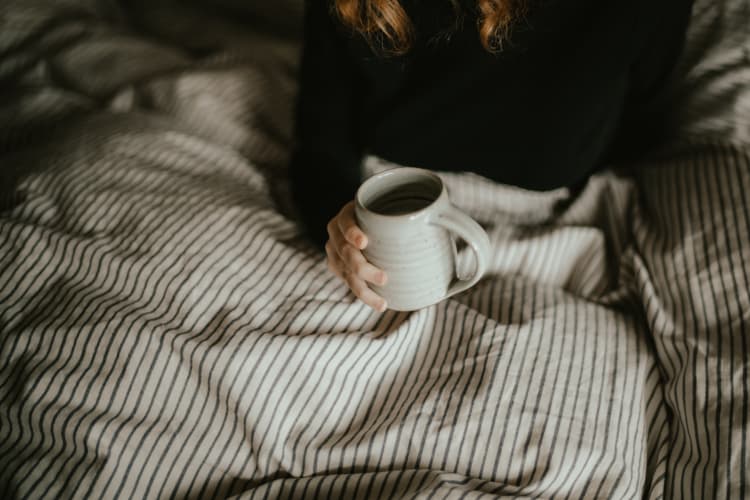 How Drinking Coffee First Thing In The AM Affects Cortisol

The important thing to understand is that drinking coffee first thing in the morning on an empty stomach might be harmful to your health for a couple reasons.

First, drinking lots of coffee can itself cause excess cortisol, which can lead to having high blood pressure and cardiovascular disease.

And secondly, if you have GI problems like acid reflux, drinking coffee first thing in the morning can increase acid production, making your GI issues worse.

There’s actually plenty of research that supports moderate coffee consumption. To reiterate: my point of emphasis here is not that drinking coffee is bad … it’s that drinking it on an empty stomach may be for some people.

People drink coffee to fire up their neurons so they can function at work. But what are the effects of having early-morning excess cortisol and brain function? Well, a  study published in Neurology that was summarized in Scientific American looked at the effects of early-morning high cortisol on brain performance in more than 2,000 people.

Most of the participants were in their 40s. The study found that those with the highest levels of cortisol performed worse on tests of memory, organization, visual perception and attention.

To make matters worse, the brains of people with the highest levels of cortisol showed precursors to Alzheimer’s disease and other forms of dementia.

I’m not trying to scare the bejeezus out of you. I’m not suggesting that if you drink coffee first thing in the morning, your brain will deteriorate. Just think twice about drinking it on an empty stomach—especially black coffee. (Sorry, a splash of cream and a packet of sugar won’t help prevent a cortisol spike.) 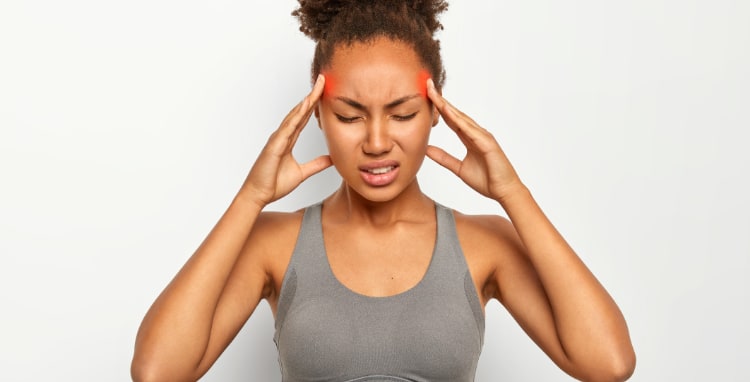 Here’s What To Do In The Morning Before Drinking Coffee

If you can’t wait to have coffee until noon or early afternoon, when cortisol levels are naturally lower, then I have a simple solution for you. It’s something I’ve been preaching for years but it works.

Step 1: After you wake up, drink a tall glass of water with lemon juice. This will help you naturally detox your body before introducing any stimulants into your system.

Step 2: Wait 20 minutes after drinking water and then have 8 ounces of Organic Green Drink.

No, this is not just some promotional plug for my nationwide Green Drink delivery plan. My recommendation, I’ll have you know, is science-based. Minerals such as magnesium in green leafy veggies help regulate and lower cortisol, research (like this) shows.

Step 3: About half an hour after having CHEF V GREEN DRINK, if you must, have your coffee. I also recommend doing some parasympathetic (relaxing) exercise like yoga in the morning to regulate your cortisol levels.