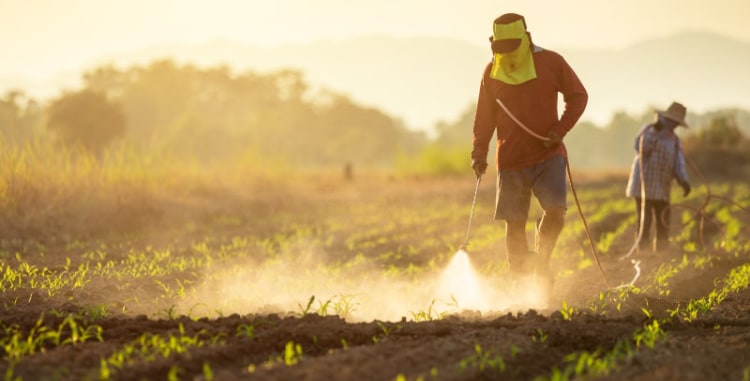 Weeds drive every gardener, landscaper, groundskeeper and farmer crazy. Besides looking bad, weeds rob ornamental plants of nutrients like nitrogen and potassium (plants need potassium, too!), making them susceptible to diseases and becoming infested with insects. For farmers, weeds are a threat to their livelihood, harming both livestock and crops.

But in pursuit of eradicating weeds from the Earth, are we unwillingly poisoning ourselves? Glyphosate is the main active ingredient in the world’s most popular herbicide: Roundup Weed Killer.

Over 125,000 people have sued the Monsanto Corporation, inventor of both glyphosate and Roundup, alleging that the weed killer causes a particular type of cancer known as non-Hodgkin’s lymphoma. (Monsanto is the inventor of another deadly herbicide used during the Vietnam War that killed hundreds of thousands: Agent Orange.)

Monsanto, the evil corporation that also engineered seeds that don’t reproduce after the first growth. That means most farmers have to buy seeds from Monsanto every year and apply more Roundup Weed Killer to their crops. 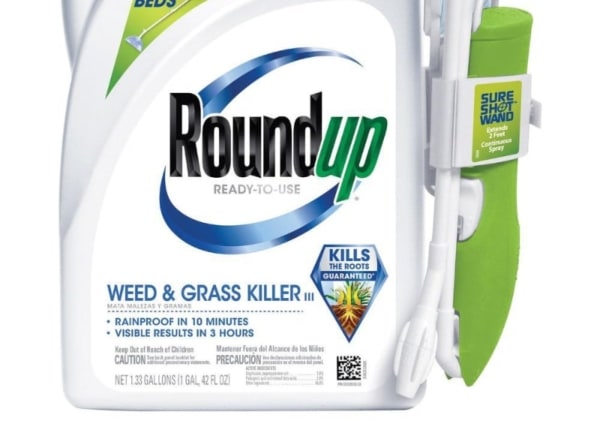 What does this mean for you even if you’re a klutzy green thumb like me and can barely manage to keep a succulent alive? Well, you do eat, don’t you? And unless you’re eating organic 100% of the time, you definitely have glyphosate in your system. Almost every food is contaminated with glyphosate, which was listed in 2015 as “probably carcinogenic to humans” by the International Agency on Cancer Research, (IACR) which functions under the auspices of the World Health Organization (WHO).

Only three out of the more than 125,000 Roundup lawsuits have gone to trial. All three trials were wins for plaintiffs, including the case of Dwayne “Lee” Johnson. Johnson was a former groundskeeper in the San Francisco Bay Area who used Roundup on the school grounds where he worked.

One day, Johnson claims he spilled the weed killer on his body. This incident, and the fact that he used it for many years, caused him to develop non-Hodgkin’s lymphoma, a cancer of the white blood cells. Johnson was the first plaintiff to take Monsanto to court. His initial award of $289 million (twice reduced to the current sum of $20 million) opened the floodgates for people to sue Monsanto.

But the crazy thing is, despite the IACR’s designation of glyphosate as probably carcinogenic and the over 125,000 Roundup cancer lawsuits, herbicides with glyphosate are still for sale in the U.S. That’s right, a chemical that one of the leading cancer research groups in the world concluded most likely causes cancer in humans, is still on the marketplace. And you’re being exposed to it everyday even if you’re not a farmer or landscaper. 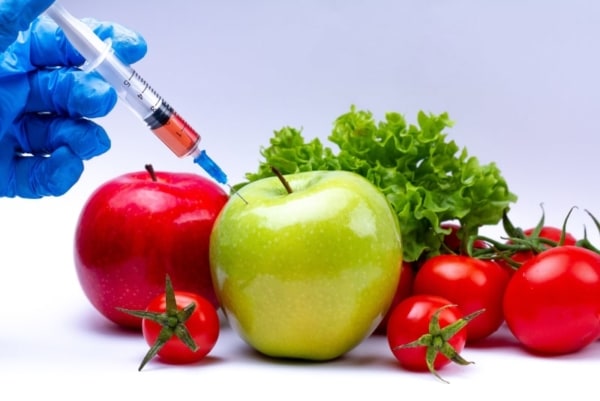 It would be easier to list foods that don’t contain the toxic weed killer. That’s because it’s pretty much pervasive in the entire food supply. If you need yet another reason to avoid heavily-processed and packaged food, add glyphosate to the list. Foods high in calories, salt and sugar, and low in nutrients are made with the two most heavily-sprayed crops: corn and soy.

Speaking of soy, with October being Breast Cancer Awareness month, I think more focus needs to be placed on glyphosate contributing to disease in women. There’s no conclusive evidence to link glyphosate with breast cancer, but I wouldn’t be surprised if it at least contributes to it.

Soybean oil is a cheap vegetable oil (like canola) that food manufacturers use, adding hydrogen to it to preserve the shelf life of the packaged food. Consuming lots of foods with soy can cause estrogen dominance, which is linked to breast and ovarian cancer.

So it might not be the glyphosate itself that causes female cancers. It could be that too much soy is the problem.

But it stands to reason that glyphosate, which is sprayed on every non-organic soy crop, just may be contributing to breast cancer.

Besides soy and corn (and corn’s derivatives like high fructose corn syrup and maltodextrin), glyphosate is in oats, rice, almonds, sunflower seeds, granola bars and cereals. 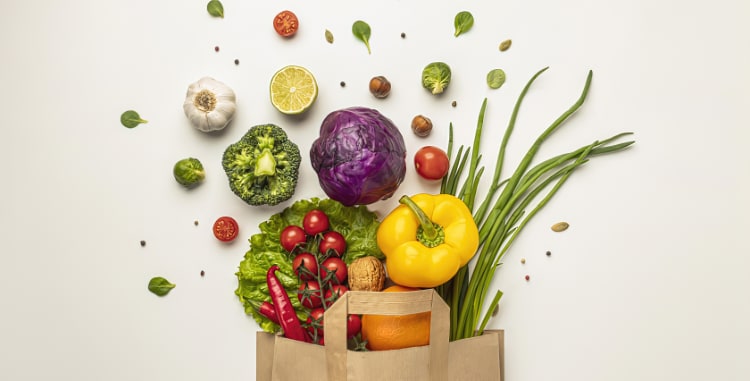 How To Avoid Glyphosate

You can’t completely avoid glyphosate. But you can minimize your exposure to it by not eating chips, crackers, cereal, and other processed foods.

A few years ago, there was a big news item about organic produce not being more nutritious than non-organic fruits and vegetables. While it’s true that an organic orange might have the same vitamin C content as its non-organic counterpart, comparing organic to non-organic is like comparing apples to oranges. One of the biggest reasons to buy organic is that when you do so, you’re consuming a fruit or veggie that hasn’t been sprayed with a pesticide or herbicide (glyphosate is considered both!). Ingesting foods that have been sprayed with toxic chemicals every single day for years on end … well, I’m no scientist, but I’m going to go out on a limb and say that it’s not good for your health.

Sure, it may cost more to purchase organic produce, organic grains, and organically-grown nuts and seeds (and organic nut milks). But isn’t your health worth a few extra bucks?

As a small business owner, getting organically-certified is an expense well worth it. I want to give my Organic Green Drink customers the comfort of knowing that when they consume the 7 leafy greens every morning, the health benefits from the produce aren’t diminished by toxic pesticides.