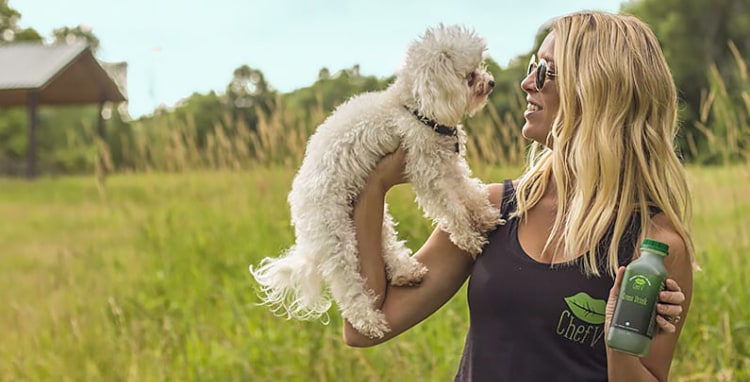 CBD for pets? Got a furry friend that’s in need of some healing? Whether it’s anxiety or arthritis, seizures or nausea, or even cancer, pot for pets has gotten lots of attention lately. But before you dose your dog with cannabis compounds, here’s what you need to know….

I would personally need to take CBD for anxiety if I couldn’t spend lots of time with Coconut, my absolute best friend in the world (no offense, hubby, Brandon). Luckily, being my own boss, I can bring Coconut with me to work.

But what about when I travel abroad? I’m sure Coconut isn’t as content not having us around. And what about when Coconut inevitably gets to 10 or 12 years old and begins suffering from arthritis? How is he going to live to the ripe old age of 18 pain-free? (I’m projecting longevity- and health-consciousness on him.)

I’m not giving Coconut CBD now, but I want to know about it. Does CBD oil for pets work? Is it safe for Coconut to take if he needs it one day? 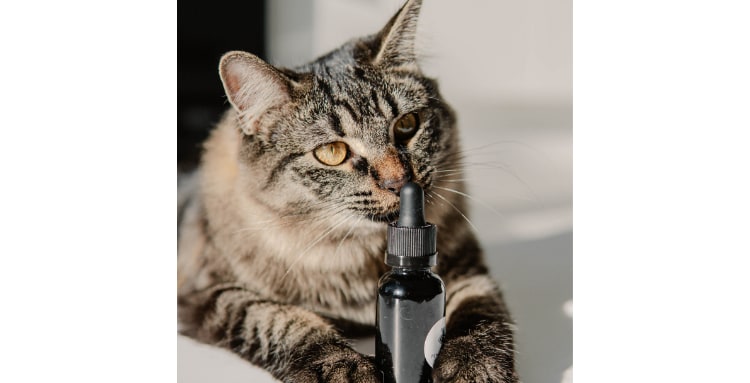 I’ve heard miraculous stories about pet owners giving CBD tincture to their dogs or cats as a last resort.

In one case, I saw a segment on the Today Show in which a pet owner said her dog was diagnosed with cancer and given two months to live. After spending thousands of dollars on traditional remedies like prescription drugs, she gave CBD oil a try. All she did was add a few drops of CBD oil to her dog’s food. The dog’s owner swears that after being on the brink of death, the dog is now cancer-free.

And on CNBC, I watched a video in which a pet owner claims his dog’s seizures were cured because of CBD oil. Moreover, his doggie, who previously had very little appetite, was devouring all the food. All for the cost of about $40 a month.

However, before you start dosing your dog with CBD, keep in mind that there are possible side effects. CBD oil may indeed be a miracle worker for some pets. But there have been relatively few studies done on CBD and pets. So until there are large studies, we can’t say for sure that it’s perfectly harmless—or effective. 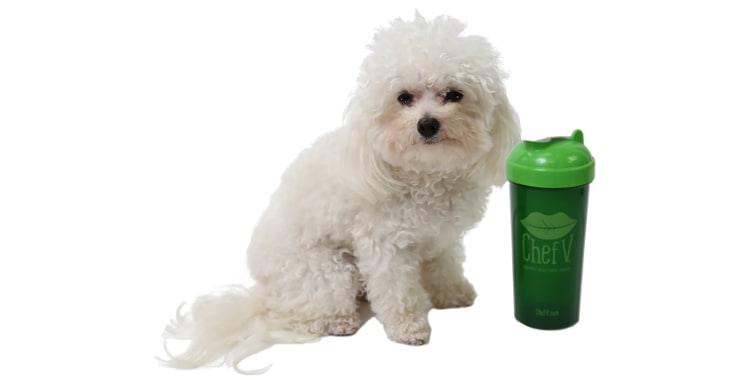 CBD For Pets: Possible Side Effects

Before I would  ever start to give Coconut CBD oil, I would research it thoroughly. I decided to take a look into the research and possible side effects.

The good news is that there doesn’t seem to be any really serious side effects. The American Kennel Club lists dry mouth, low blood pressure and drowsiness as possible side effects. But that’s only in the case of large doses.

CBD seems to be way safer than medications given to pets. Reported side effects from prescriptions for pets include kidney and liver damage.

One preliminary study suggests CBD can curb inflammation that causes allergies in dogs. Another small study shows CBD prevents convulsions and has anti-epileptic properties in dogs, while this study demonstrates that industrial hemp oil (CBD) is effective for pain-relief in dogs with osteoarthritis (OA). 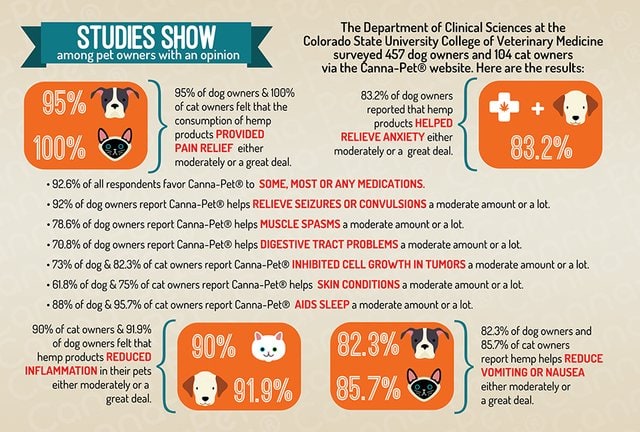 In the above studies, a dose of CBD oil at 2 mg per kilogram of the pet’s weight, given every 12 hours was used.

However, one of the studies suggests getting your pet’s liver enzyme values tested (especially ALP), if your pet starts taking CBD products. This is because dosage standards have yet to be established.

My recommendation is that if the tincture dose says 5 drops, start off at a lower dose like 2-3 drops. That’s probably what I would do if I ever gave it to  Coconut.

Where to Buy CBD For Pets?

Even in California, where recreational pot is now legal, a veterinarian can’t write your furry friend a prescription. You have to get it yourself from a dispensary. There are some products that are veterinarian-formulated. If I decide to buy some CBD for Coconut, that’s what I’ll look for.

I’ll also make sure the product is organic. It’s bad enough when we eat food that’s laden with pesticides. But small fluff balls like Coconut are even more sensitive to agricultural sprays. 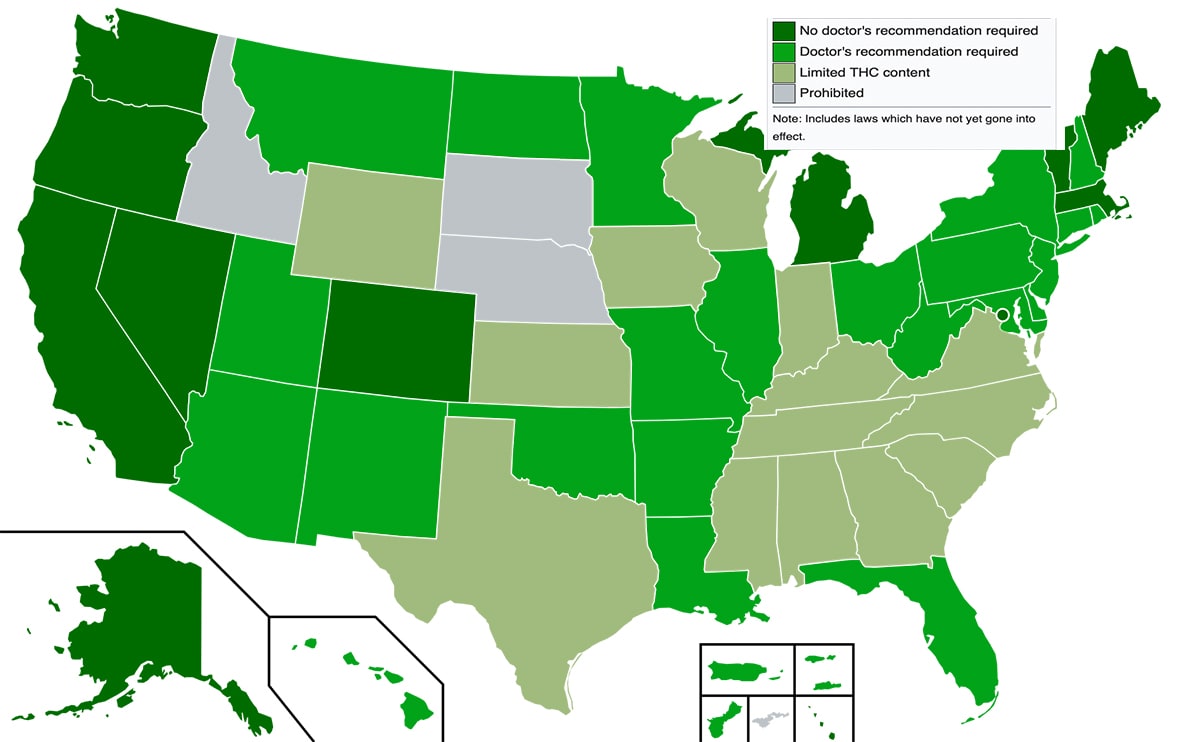 And keep in mind your pet deserves high-quality stuff. I’m fully aware that having a pet is like having a kid. Pet food can be just as expensive as buying organic food for a child. But you wouldn’t feed your kid TV dinners every night, would you? Keep in mind that a dog or cat requires food that has a moisture content of approximately 80%. Do you know what the average moisture content of dry pet food is? Try 15%. That’s why I try to mix raw, wet food with Coconut’s dry food.

I realize I’m on a tangent here, talking about pet food. But with buying a CBD product, it’s the same thing. If you buy a cheap CBD dog treat, it’s probably not going to have much positive effect on your dog’s health. In fact, it may not have much CBD at all.

Make sure you can confirm that the CBD product you purchase (I think tinctures are best) for your pet has a verified amount of CBD. The high-quality products will include 3rd-party verification.

One final piece of advice: make sure whatever CBD product you buy is very easy to measure the dosage. You want a CBD product that not only is effective but one that also won’t make your pet lethargic.

To your furry friend’s health! 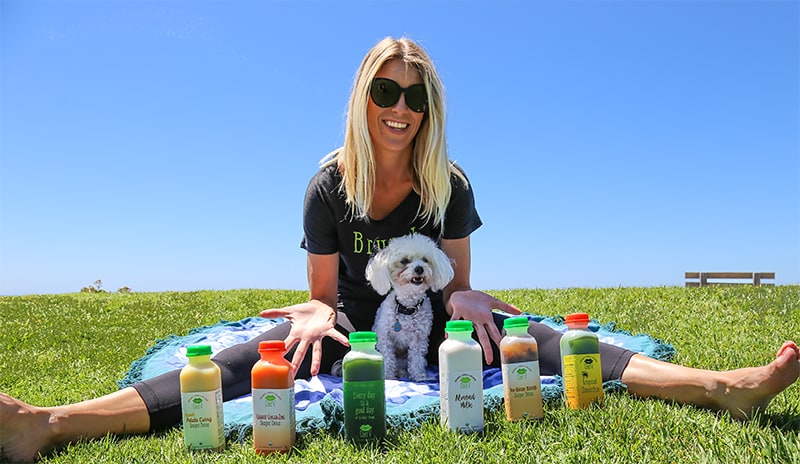