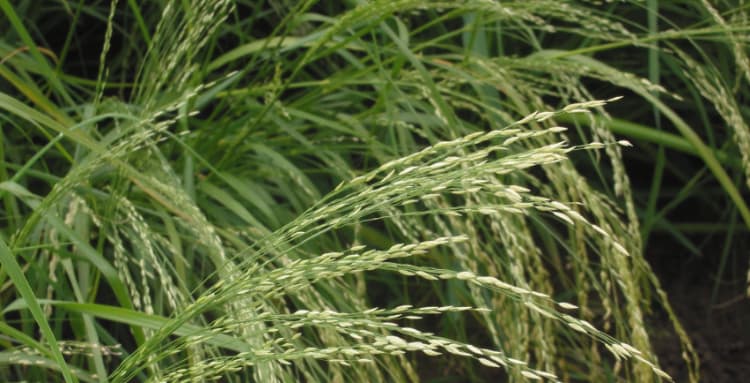 Should You Be Gluten Free?

It’s a question I get asked almost every day.

So here’s my take on gluten…

That’s because most people aren’t eating the 5 healthy grains I’ll introduce in just a bit. Most people eat heavily-processed wheat products. Which can ruin your health in a few ways.

Most packaged foods contain wheat or wheat flour and are not organic. The wheat flour in processed food is heavily sprayed with pesticides like glyphosate. That’s bad news because glyphosate may be linked to several health problems including poor gut health (this study shows).

So it might not be the gluten you’re having a reaction to in wheat products. It could be the chemicals!

The wheat that’s in products sold in almost every supermarket aisle contains gluten that has been dramatically altered.

Today’s gluten protein molecules in packaged foods are larger than the 5 healthy grains below. And that means your body might not recognize the modern wheat protein like it does ancient wheat. As a result, your body could start attacking the genetically-engineered wheat proteins. This in turn can lead to autoimmune reactions.

The good news is that you don’t have to completely give up gluten. (Unless you have Celiac Disease.) There are several healthy grains with old-school gluten that may not cause gluten sensitivity after you eat them.

(No, quinoa is not on this list because most people have heard of it by now.)

What do I Eat Today – A Gluten-Free Menu

Do you have the be gluten-free to be Healthy?

Your Guide to Gluten

All About Gluten and Gluten-Free Foods 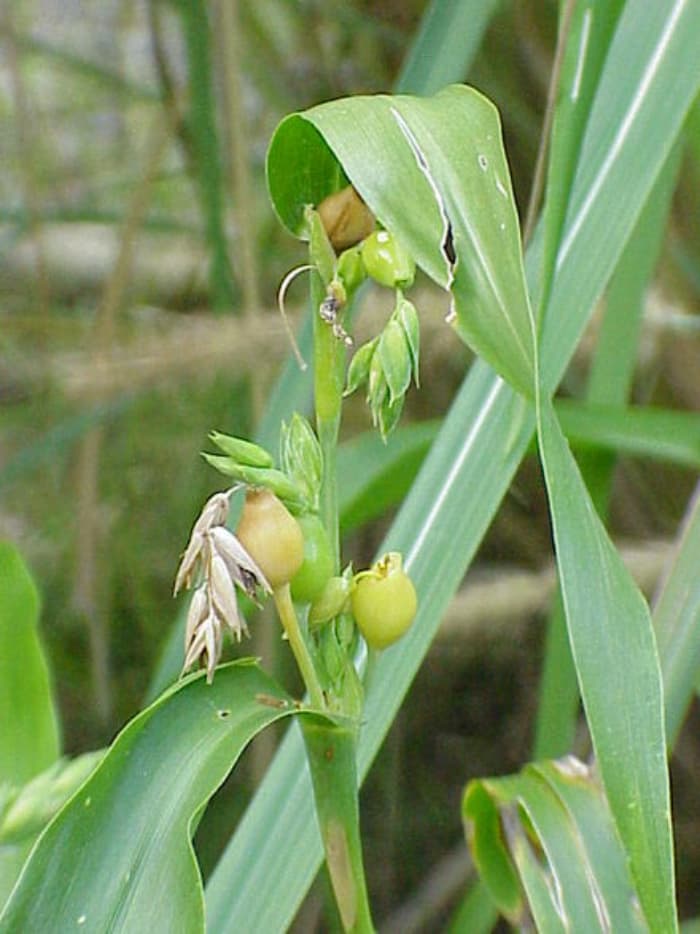 I’ll explain the weird name in a bit. Job’s Tears taste like rice, corn and barley had a thrupple. The chewy grain has a texture like chickpeas and is about the same size as one.

Ok, so now the trivia. So Job’s Tears are after the Biblical character whose faith was constantly tested by God. Personally, I’d have an anxiety attack if I went through all the stuff Job did.

Anyway, legend has it that when Job cried because of his many sorrows, the tears produced this healthy grain that looks like gray teardrops. 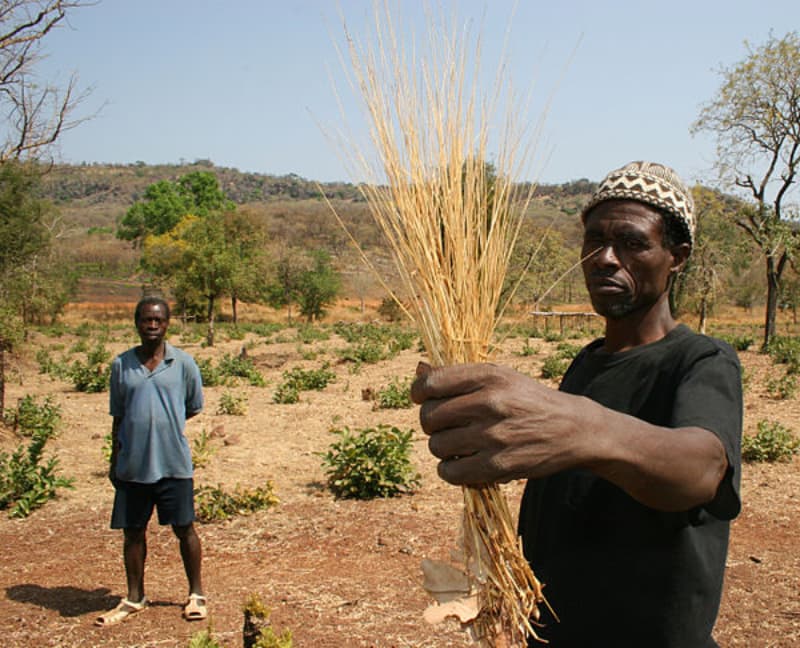 You can think of fonio as couscous’s cousin. A tiny grain originally from Africa, fonio doesn’t look all that appealing raw. In fact, it looks like grains of sand. But if you have a delicious sugar-free sauce, fonio will wonderfully absorb the flavors.

You probably won’t be able to find fonio in most supermarkets. Not even Whole Foods. But like just about anything else, you can find it online.

Super high in B-vitamins (with the exception of B12, which is only obtained from animal sources), fonio might be a grain you’ll be hearing more about in the future.

Will it be as popular as quinoa one day? Probably not. But time will only tell. 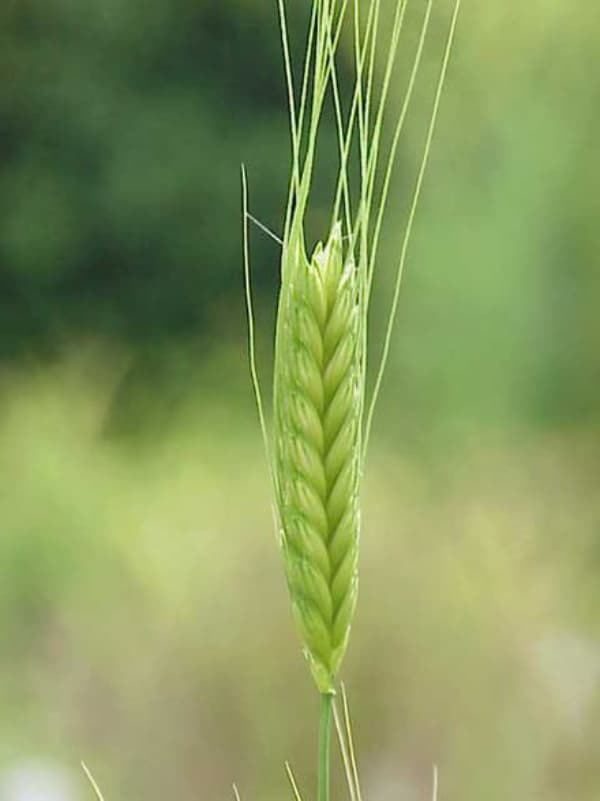 If you love the taste of commercial wheat just like it’s found in the supermarket, einkorn is for you. Only, einkorn is healthier than typical supermarket wheat-based products.

That’s because it’s nature’s original wheat and it’s never been genetically messed with in the 12,000 years it’s been cultivated.

I’ll get to the reason why it hasn’t been altered. But first, let’s review einkorn’s taste profile. Like most ancient grains, it’s got a nuttier flavor than commercial, modern wheat. People who love to bake but want to use healthier ingredients love einkorn as a substitute for commercial wheat.

Next time you try baking banana bread or making pancakes, make them with einkorn flour instead of whole wheat flour.

The superfood of the Egyptian pharaohs, einkorn was largely forgotten about for centuries. Early farmers discovered other grains that were easier to harvest. As gluten sensitivity has become more widespread, people have taken an interest in this long-forgotten unhybridized good gluten. 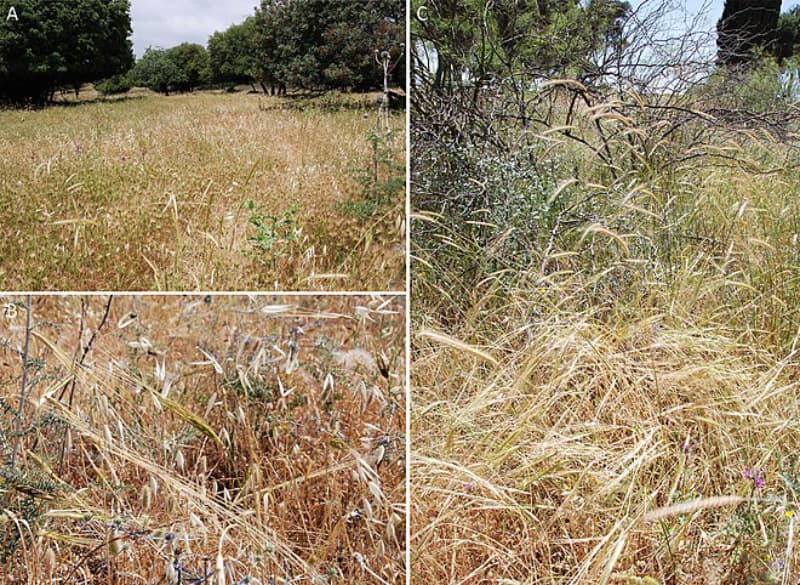 Get your freekeh on! Haha. What the frick is freekeh you may ask? It’s known as the King of Grains in the Middle East, the first breadbasket of civilization.

Raw freekeh wheat does look freakish. It’s green. But after it’s cooked it emerges with a light smoky profile. I’ve heard it described as having a taste similar to fire-roasted cashews.

As is the case with all 5 ancient grains, don’t eat them plain. Drizzle some olive oil or avocado oil on them. I also like Bragg’s liquid amino acids and a dash of Himalayan sea salt.

OK, so what the “F” is teff? It’s actually the one healthy grain on this list that doesn’t have gluten. That’s right, teff is gluten free. That means that people with Celiac Disease or gluten sensitivity can party with teff.

Naturally rich in calcium and vitamin C, teff are tiny grains that act like a resistant starch. Resistant starches resist digestion in the small intestine. Instead, they ferment in the large intestine (colon).

That may sound gross. But it’s actually super healthy. Your good bacteria digests these fermented teff sugars and creates short-chain fatty acids. Short chain fatty acids provide us with so many health benefits. But that’s the subject of another Chef V article.

For now, try a couple of these ancient grains and tell us what you think on Chef V Life.