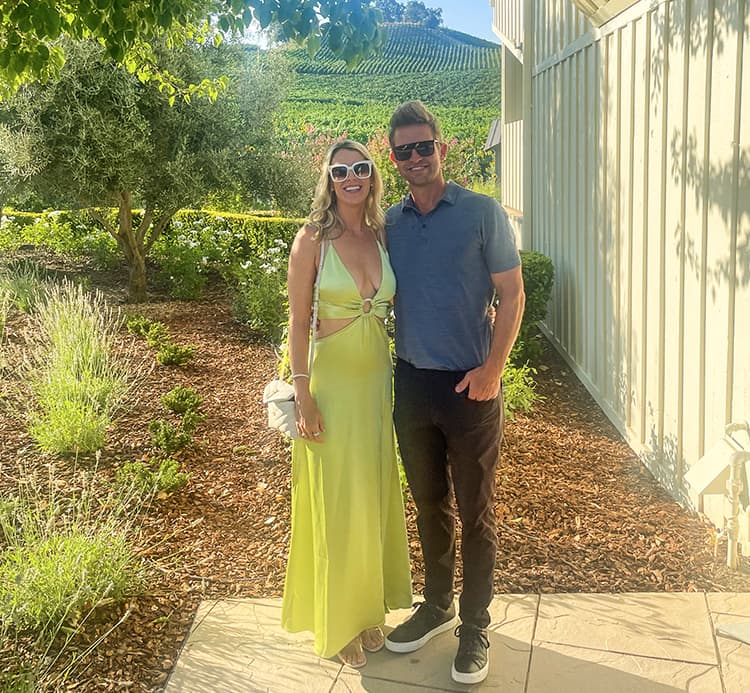 Is V living the glamorous life of an entrepreneur, jet-setting to Paris for lunch, then off to the Greek Islands for a 2-week idyllic escape? Well, not exactly. But for someone who works her tail off, V knows how to have some fun on the road—even while she’s working. Let’s check out what V’s been up to this summer…

When V was living in West Caldwell, NJ—CHEF V’s East Coast hub—for a few years, she regretted not exploring more of the beautiful parts of the East Coast. Thankfully, she can now cross off some of those sights off of her bucket list.

After leaving the CHEF V store in NJ, V, along with husband Brandon, and Coconut, explored the charming port town of Newport, Rhode Island, a seemingly entirely different planet than the desiccated, searing heat of Palm Desert, CA, where V grew up.

Picture V and Brandon as the Kennedys of the blended juice world, enjoying boat rides from one marina to the next, from one charming port town to another, sipping not on champagne but on Green Drinks.

That’s not to say V and Brandon didn’t indulge a little in the local fare. In Newport, they ate healthy, fresh seafood, which is to say, they just said no to greasy lobster rolls. 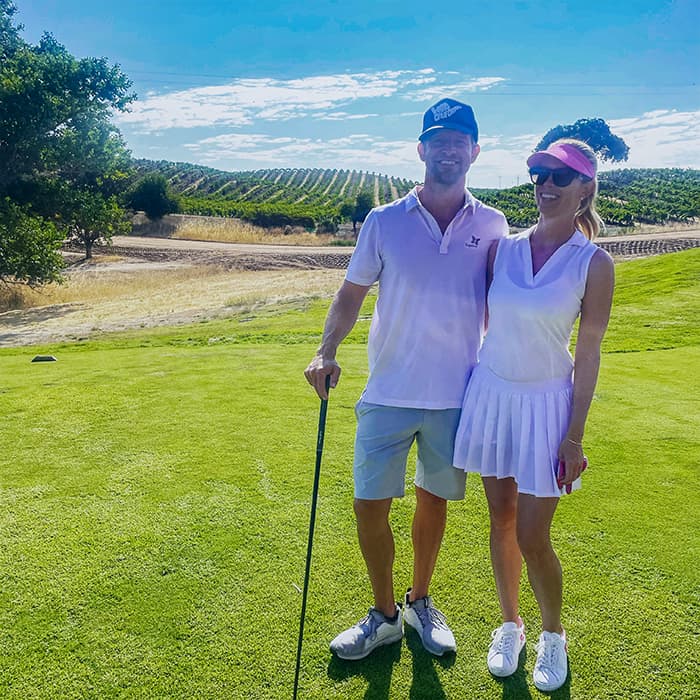 From Newport, V went to Cape Cod for the first time, calling the quaint town of Harwich, MA home for a night, melting the stress away at a little resort called Wequassett and playing 18 holes at Cape Cod National Golf Club, a really difficult course with tall grass above your knees. “I lost lots of balls,” V jokes.

While on the Cape, V and Brandon took a 90-minute boat ride and enjoyed perfect 75-degree, low-humidity weather and enjoyed some of the best meals of their lives. That’s saying something considering V herself is a seasoned chef.

“One of the best mouth explosions I’ve ever had was this amazing oyster dinner, each one topped with caviar, fresh tuna and lychee puree. It was phenomenal,” says V.

Another indulgence V shamelessly enjoyed was a pasta dish, which is something she rarely has. But a lobster carbonara was a delicious splurge she couldn’t resist.

Did V fall off the wagon and stop practicing what she preaches? Hardly.

Says V, “On vacation I’m adamant about sticking to a routine. Each morning, I still have lemon water, Green Drink, and practice 30 minutes of yoga. And when I follow the routine on a trip, I feel that the rest of the day I can be more relaxed about what I choose to eat and drink.”

Enjoying the outdoors when it’s 115 degrees? No problem! Not when you’re hanging out with friends on a pontoon boat on the Colorado River. Just jump in the 80-degree water to cool off. Rinse and repeat.

V grew up going to Parker, AZ, which has a much more family-friendly vibe than the nearby, debauched Lake Havasu. V whisked Brandon away to Parker in early July for his first trip there.

Unlike most people who party on the river, with an IV of beer hooked up into their veins, V made healthy smoothies, veggie plates with hummus and fruit plates for herself, Brandon and friends. She also cooked healthy meals for everyone on the boat. 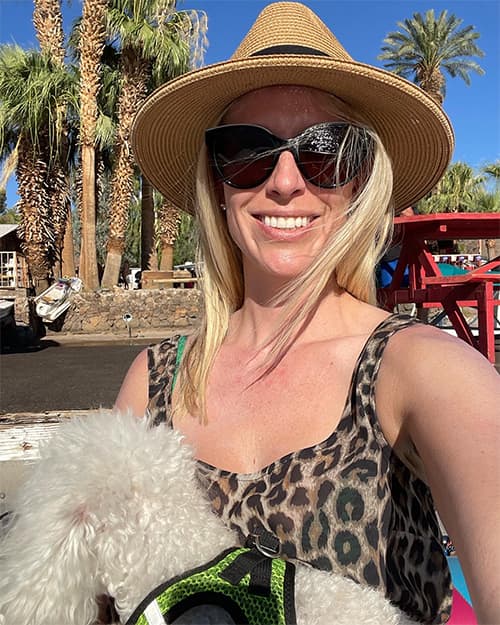 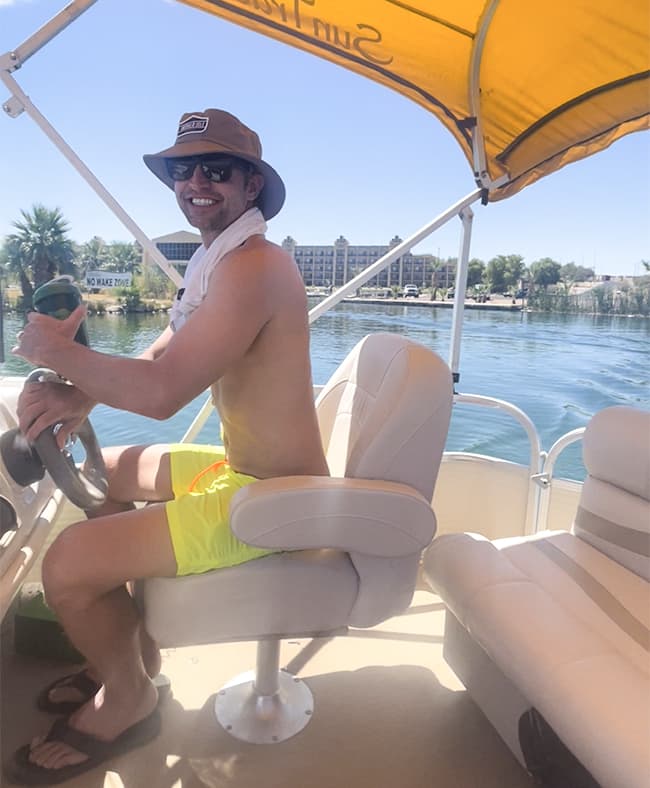 Then, on July 30th, V and Brandon’s sixth wedding anniversary, the couple spent time in California wine country—Paso Robles to be exact.

“I love Paso. It’s more laid-back and not as snooty and pretentious as other towns in  more well-known wine areas of California like Napa,” says V, who has a decent knowledge of wine from spending a couple years in the industry years ago.

V doesn’t drink wine very often, but when she does, she knows exactly what she’s looking for. While in Paso, V played golf at Hunter Ranch where, unlike her mulligan-filled outing in Cape Cod, she played rather well.

V and Brandon hit a winery of note, Tobin James, where they enjoyed ambience and the wine. Then they went a French restaurant, Le Petite Canailles, that served a deboned Dover sole seasoned on a wood plank, topped with edible flowers. For a side: V describes it as “bougie tater tots with caviar.” It was phenomenal!

A splurge? V’s bank statement says yes but at least it was a healthy one. And hey, when you’re working your tush off, you deserve to treat yourself. 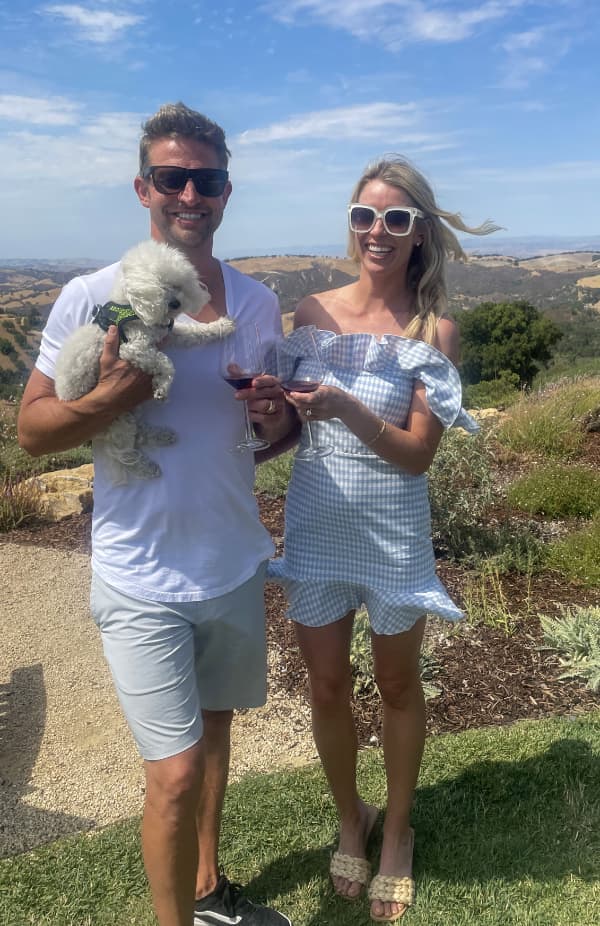 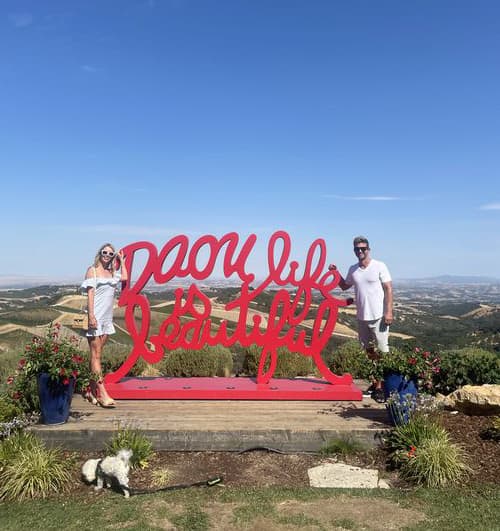 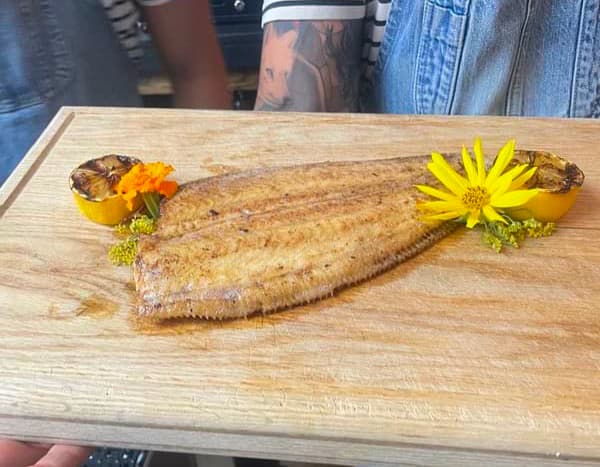 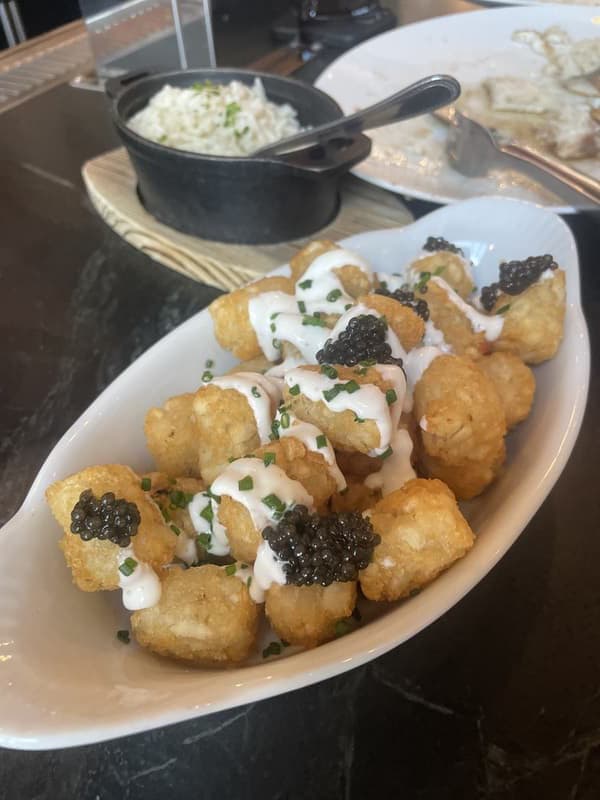 V and B also hit J. Lohr vineyards, Daou, and to celebrate their anniversary, the couple visited JUSTIN vineyards and enjoyed a four-course tasting menu with paired wines, featuring a trout tartarte with edible flowers, and a pasta agnolotti with truffle.

“I like to have fun, too. So many people think that I’m a flawless saint when it comes to nutrition. I still take care of myself with Green Drink and my routine but I do enjoy myself,” V says. 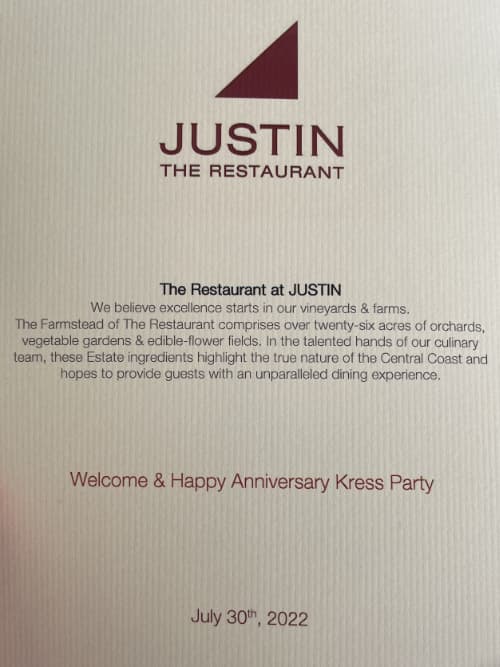 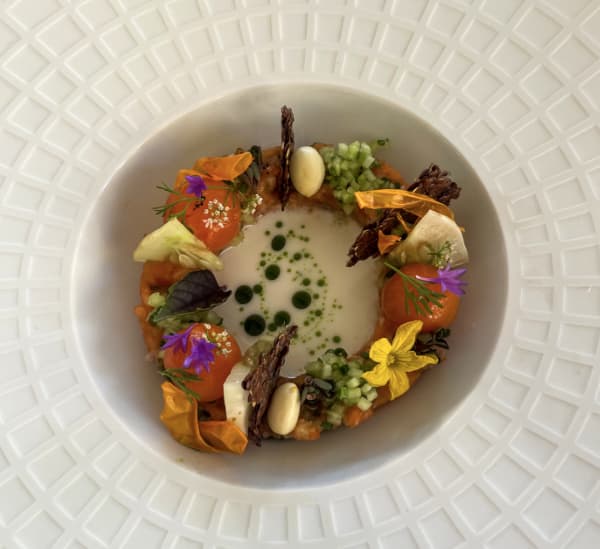 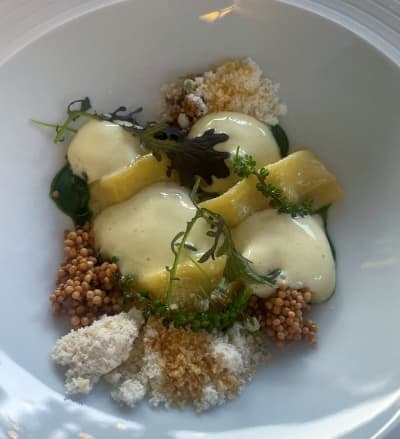 V’s hubby, Brandon is originally from Lake Oswego, Oregon just 8 miles from Portland. Since Covid, the couple has driven (with Coconut of course) up there every year and has come to enjoy the ride. So recently, the trip hit the road from San Diego for the long haul.

V’s “Nana” lives in Southern Oregon near the Rogue River so they stopped there first. Then, the couple went up to Lake Oswego for an annual boat party on the lake with 8 floating docks, live music and a floating dance floor.

It might not be St. Barts but to V, this is a slice of heaven—and she’s earned it. 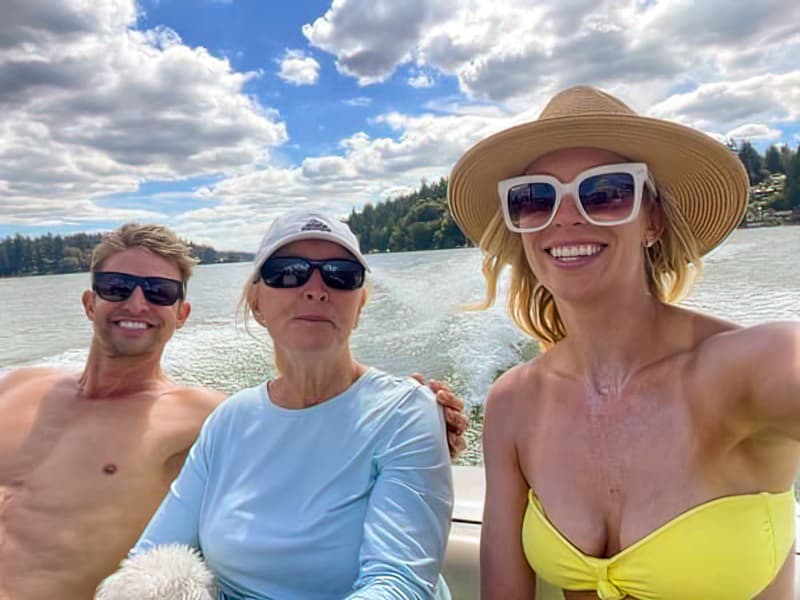