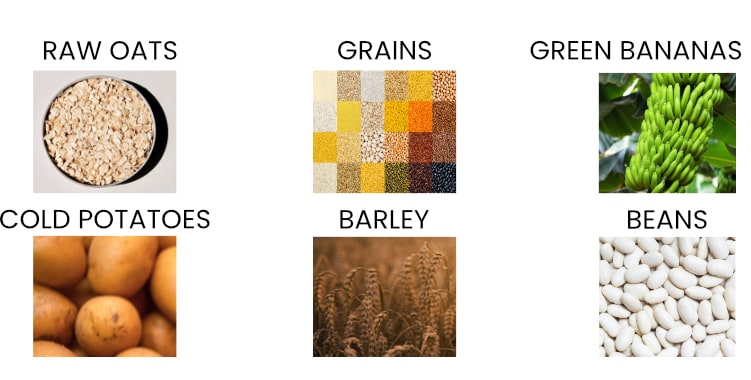 I used to be a carb shamer.

I mean, other than trans fats, carbs are the worst thing for health, right? You don’t have to be a certified nutritional therapist like yours truly to understand that out of the 3 macronutrients, carbs have the highest impact on blood sugar and insulin. (Eating a lot of animal protein can also raise insulin.)

Carb-phobia is why I flirted with ultra low carb diets like keto. But after feeling awful switching to keto, you couldn’t pay me enough to swear off carbs again. Life’s too short to feel miserable.

That’s why I’m excited to tell you about the healthiest carbs that aren’t fruits and veggies. They are called resistant carbs and I encourage you to get lots of them in your diet.

In fact, there’s one simple trick I’ll show you in just a bit that transforms one of the worst carbs for your health into a much healthier one. 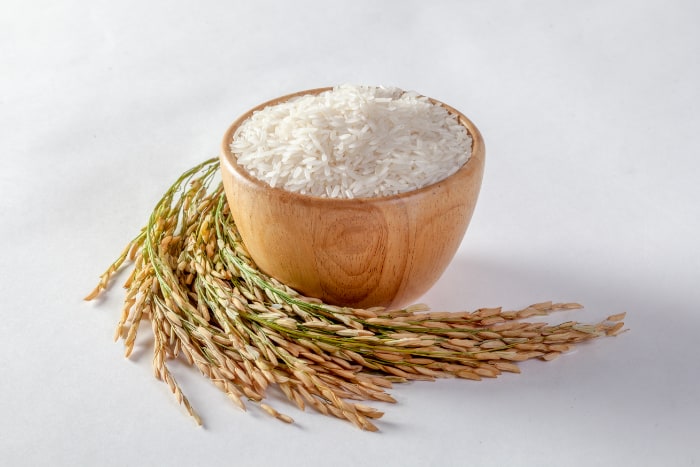 What Are Resistant Starches?

The reason why the most common grains and high-starch carbs are bad for you is that they quickly convert into glucose (sugar) in the small intestine. This drives blood sugar levels higher and causes a release in insulin. And it’s the reason why even though sushi is one of my favorite foods, I don’t get it that often. That’s because I feel like white rice gets digested too quickly. Then, after spending $100 on a sushi meal, I’m hungry a mere two hours later.

(Keep reading because the simple trick I teased above turns even white rice into a healthier carb choice!)

Unlike quick-burning carbs, resistant starches (examples below) don’t get digested in the small intestine. Instead, they pass into the large intestine where they ferment. This fermentation creates prebiotic fiber. (I just checked out my nutrition articles; can’t believe I haven’t written about prebiotic fiber. I’ll add that to my to-do list.)

Prebiotic fiber, also called “prebiotics,” have all the makings of a new health trend, and for good reason. Prebiotics are the food that fuels your healthy bacteria (probiotics) in your gut. You can swallow probiotics until you’re blue in the face and bloated in your gut.

But you can’t colonize your gut with healthy bacteria if the microscopic friendly bugs don’t have anything to feast on.

Besides, many probiotic supplements might be a waste of money. This is because the overwhelming majority of bacteria in the capsules die before reaching the large intestine. Having a healthy gut is vital for immunity, mood, digestion and basically all other functions.

Could it be that eating carbs is the answer for obtaining gut health? Maybe, but only if you’re eating resistant carbs. 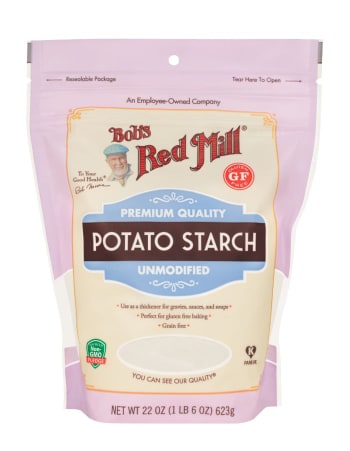 More Reasons To Be Less Resistant About Eating Carbs

When you eat lots of prebiotic fiber, it makes you feel full. Feeling full of fiber prevents cravings for unhealthy carbs (basically, anything that contains white or wheat flour) that I will still shame you for eating. (Just kidding. Do what you like. I’m not really a shamer. I just help people get their daily dose of leafy green veggies in the easiest, most affordable and convenient way.)

If you need to improve your health metrics, you’ll be happy to know resistant starches also lowers cholesterol and is associated with a lower risk of developing colon cancer. 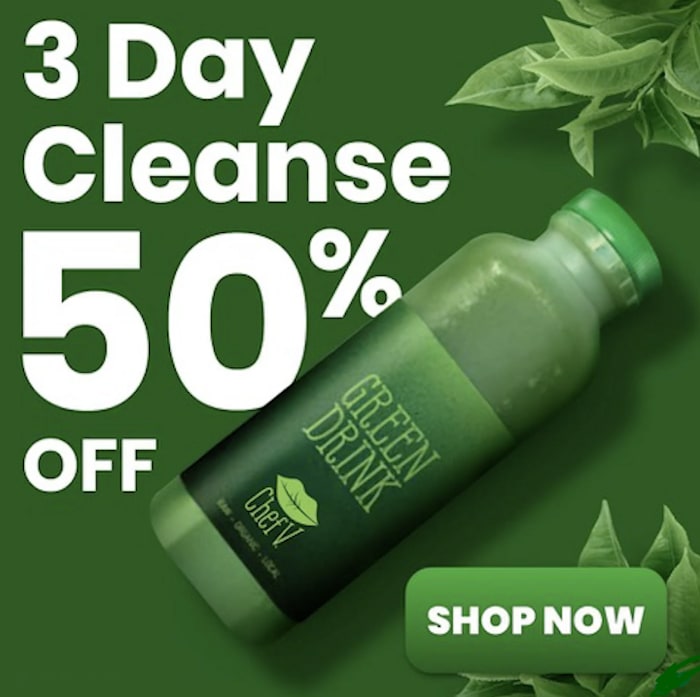 If you love bagels, cookies, muffins, bread and other baked goods, sorry, these aren’t on the list of best resistant starches. However, as I promised, in the next section, I’ll reveal a way to make a couple common carbs more resistant to digestion.

Do you remember this song from your childhood:

You can fill in the blank yourself. The good news about beans and lentils (which are in the family of legumes) is that many varieties are high in resistant starch. Some people who have type 2 diabetes are concerned about the high amount of carbs in beans. But I think, considering the amount of fiber and resistant starch (a double dose of fiber, really), beans are perfectly healthy for those living with diabetes. Just make sure to closely monitor those A1C levels before and after meals.

The bigger concern with beans is that they contain anti-nutrients, which interfere with your body’s ability to digest and absorb minerals. A simple thing you can do to greatly reduce these anti-nutrients is soaking the legumes overnight in water. 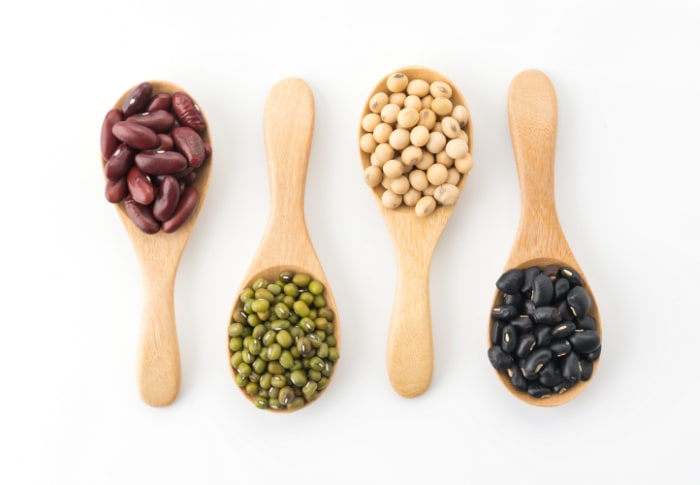 How To Make Starchy Carbs More Resistant To Digestion

So what’s a potato, pasta and rice lover to do? These staple carbs aren’t on the best resistant starches list….

But here’s how you can get them to be.

Simply cook them and let them cool overnight in the fridge. Then you can simply reheat them. And voila, you’ve got what otherwise would be a blood-sugar-spiking carb transformed into one that is actually good for your gut! The same goes for sweet potatoes and corn tortillas!

Of course, as the diet professional I am, I should leave you with a warning to moderate your portion sizes. But that’s how life should be lived, enjoying your favorite foods without overdoing it.

Here’s to “carb” no longer being a naughty four-letter word.

That Monday feeling when your Chef V arrives and you know it’s going to be a good week! Cheers to your health beauties! ...

Today is a ✨GIVEAWAY✨ that everyone can win! No Really! I’m gifting a free copy of my E-book #MakingCleansingEasier 💚⁣
⁣
All you have to do is like this post, comment in the feed and tag a friend. I’ll DM you my cook book link! Easy as it gets! It has over 75 delicious, good for you comfort recipes that are all gluten-free and dairy-free. Cheers to your health! ⁣
⁣
⁣
⁣
⁣
#giveaway #chefv #freebook #freestuff #ebook #health #organic #glutenfree #organic #cookbook #author #nutritionaltherapist #healthadvocate #chef #cheflife #instagiveaway #amazon ...

Have you wanted to meditate but don’t know how? Think you can’t do it? 🧘‍♀️ ⁣
⁣
I started meditating years ago when I learned yoga at 18. But I was never consistent. It wasn’t part of my daily routine. ⁣
⁣
Last year in 2020, lots of crazy stuff was happening and I had tons of noise in my head. I started implementing meditation into my days. Every morning and sometimes twice a day when it got really noisy. It wasn’t easy at first but with consistency, I was able to meditate daily for over 10 minutes at a time. I’ll admit there were days when I just fell asleep or stopped early, but I was practicing. I used the @calm app to help guide my practice and fell in love with the meditations. ⁣
⁣
Today is #worldmeditationday and I felt it was necessary to bring attention to something that is so little but so magnificent. Our minds and our bodies are our most powerful gifts we have on this Earth. The more we strengthen them the better they are to us. Meditation is great for your body and mind. It helps you see things clearly, rest the constant thoughts or judgements, allows for healing, forgiving, gratitude and so much more. I Invite you all to implement mediation into your life. ⁣
⁣
Please share any tips, apps, pointers or fears you have about meditation! Cheers to your health! ⁣
⁣
⁣
⁣
⁣
⁣
#yoga #meditation #meditationday #health #healing #forgiveness #gratitude #chefv #greendrink #ohm #sandiego #delmar #beach ...