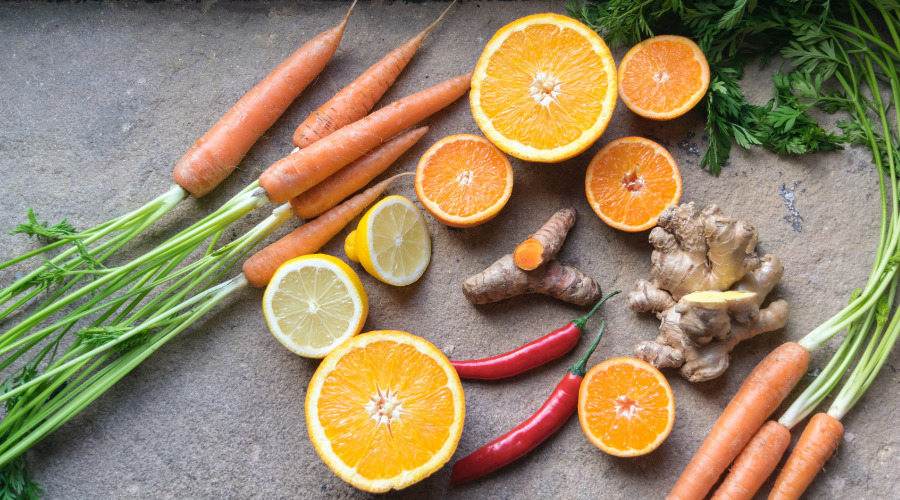 Turmeric has always been identifiable by its golden color and popularity in Indian cuisine. However, the fragrant spice’s health benefits have only recently gained attention. Some nutritionists are now even calling it a ‘super spice’.

Read on to learn more about turmeric’s numerous health benefits and why we heavily feature it in our detox soups.

In America, some people may consider turmeric an exotic spice. However, in many parts of the world like India, it’s a staple ingredient.

Turmeric technically refers to the plant turmeric, which is a relative of ginger. The rhizomes, or root stalks of this plant, can be boiled, dried, and then ground down to create the orangey-yellow powder we call turmeric.

Turmeric is native to India. In India, turmeric isn’t just a flavorful ingredient – it is also an important part of traditional medicine as well as a dye for Hindi and Buddhist monk robes. In fact, due to its color, Europeans originally nicknamed it Indian Saffron.

Thanks to its bright color, mild flavor, and medicinal benefits, it didn’t take long for turmeric to become popular throughout Asia as well as internationally.

Why is turmeric so healthy?

Turmeric is packed with health benefits, largely thanks to a bioactive substance called curcumin.

Curcumin is a well-known anti-inflammatory and polyphenol. It promotes good heart health, boosts liver function, and aids in digestion. The latter benefit is particularly important during detoxes when you’re trying to rid your body of harmful toxins.

Of course, we can’t miss out on one of the most important turmeric benefits. It tastes delicious! If you’re making your own soups or healthy curries, turmeric is always a great ingredient to include. 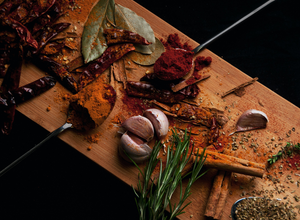 Does turmeric have side effects?

There is no concrete evidence of any side effects to eating or drinking turmeric.

Anecdotally speaking, some people new to turmeric have reported small amounts of indigestion after consuming large amounts of the ingredient. However, this is often a reported side effect of many new spices and ingredients and may just be a sign of your body getting used to it.

Perhaps the most preposterous myth about turmeric is that it causes pregnant women to go into labor early. There is zero evidence of this. In fact, pregnant women may very well benefit from including more turmeric in their diet.

By design, a lot of ingredients are found in both of our healthy detox soups. These detox vegetable soups have been designed specifically for getting the most out of a juice cleanse, and pair perfectly with our other products. Our healthy detox soups will fuel you to roll right through our 21-day cleanse.

At Chef V, we’ve included turmeric and curcumin in both of our delicious detox soups. Not only does the ingredient taste delicious, but it also aids in helping your body detox harmful chemicals. Not to mention, its natural pigment makes every soup look beautiful and inviting!