There’s a clean food and drink movement brewing. More and more people are becoming conscious of how their food is made. There’s never been a better time to pay attention to every single thing that you chew and sip. That’s because consuming foods with toxic ingredients suppresses the immune system.

But before you go assuming that certain foods are safe, do your research. Food labels, unfortunately, don’t always tell the whole story…

That’s what I’m all about when it comes to the 7 leafy greens in Chef V Organic Green Drink. I know exactly where these high nutrient-density, health-supporting veggies come from: local organic farms.

So next time you’re in a supermarket, think about what you’re putting in your shopping cart. Are you 100% sure that there are no contaminants like heavy metals in the plastic-wrapped produce or veggie juice?

Unfortunately, lots of people are still deceived by store-bought veggie juices. Most of them trick consumers into thinking they are healthy when in reality they are barely healthier than soda! 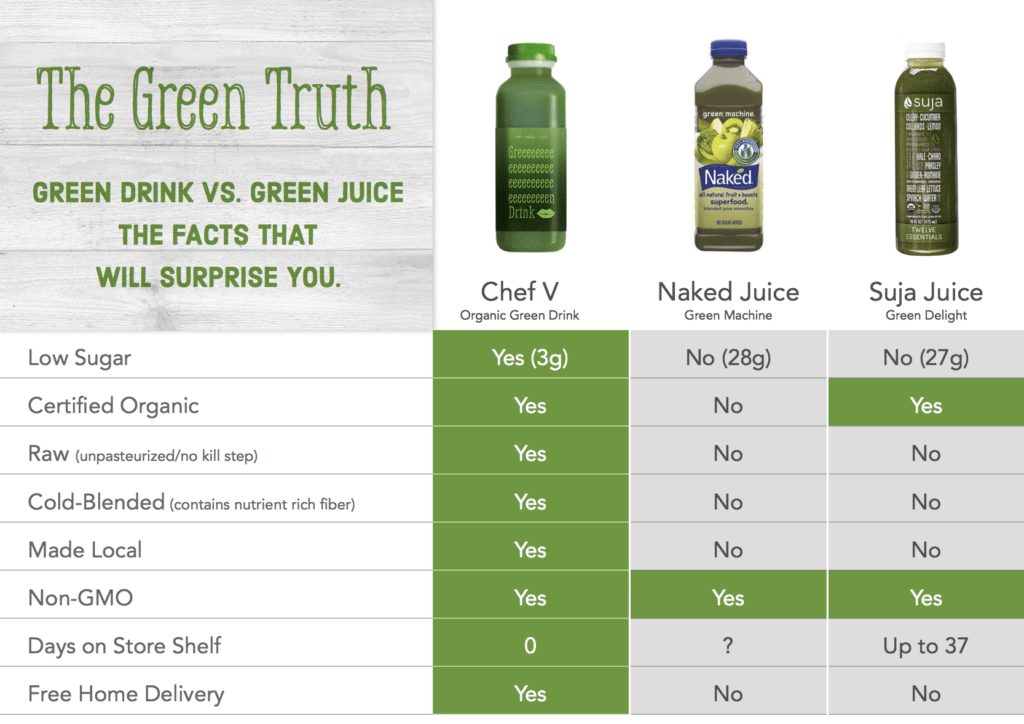 If you have any questions about how Green Drink is made, contact me at [email protected]. I promise full transparency.

I’m happy that more people these days are willing to pay more for healthier food and drinks. That’s why you’ll always find me shopping at local farmer’s markets. And with Chef V Organic Green Drink, I’m passing the health (and savings) directly on to you. 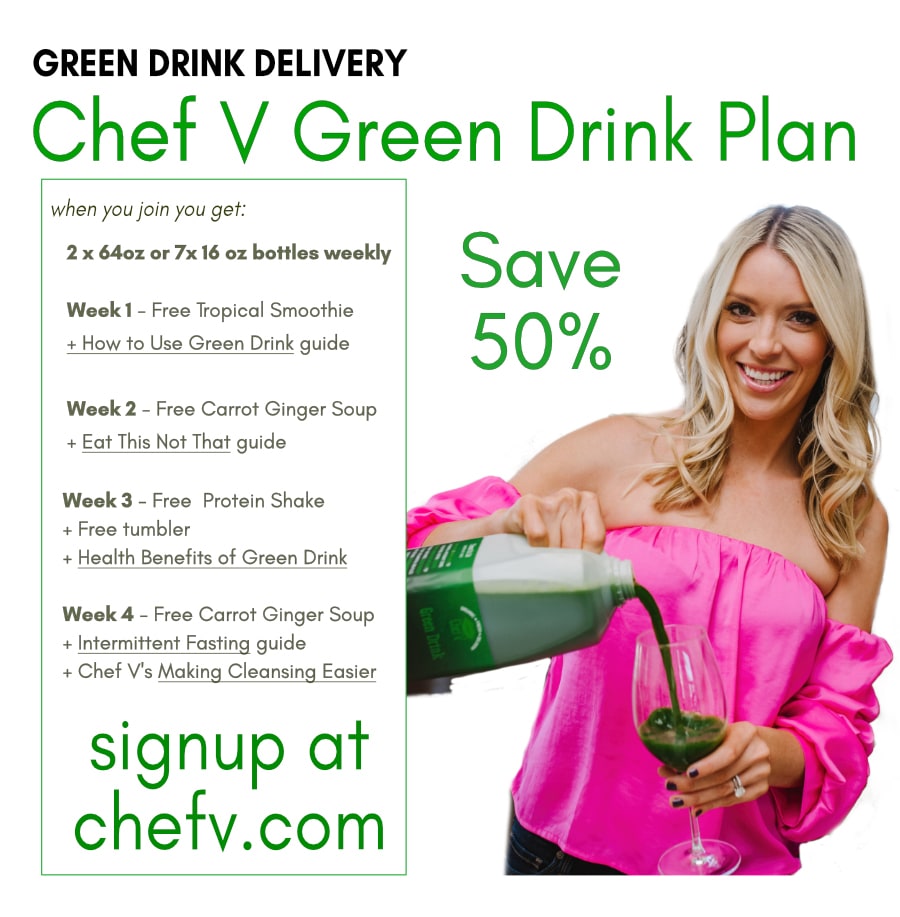 Consider hummus, one of the most popular dips and spreads that most people would consider healthy. Made from chickpeas, hummus should be a nutritious plant-protein-filled snack. But according to a report by the Environmental Working Group (EWG), several brands of hummus contain unhealthy levels of glyphosate. If you’re not familiar with glyphosate, it’s the world’s best-selling pesticide and herbicide. It was invented by the notorious Monsanto Corporation. Glyphosate has been linked to certain rare cancers such as non-Hodgkin’s lymphoma.

The report revealed that nine out of 27 varieties of non-organic hummus far exceeded the EWG’s recommended threshold of 160 parts-per-billion. And sadly, these days, government agencies that are supposed to regulate industries for our safety are run by former executives of toxic industries. I’m not going to veer on a political rant; that’s not my thing. But when it comes to clean food, I have to speak up from time to time. So allow me to vent real quick on this issue: How insane is it that the Environmental Protection Agency (EPA) is now headed by someone who was a coal industry lobbyist?

Is it any coincidence that EPA says glyphosate is safe, and instead of 160 parts-per-billion, the agency’s safe threshold is 30 times greater than EWG’s: 5,000 ppb. 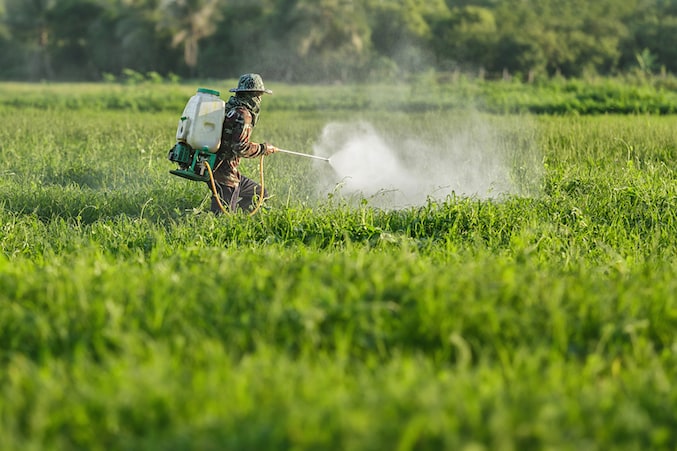 Is the lesson here to never eat hummus or chickpeas again. No. But you might want to think again about how much of it you eat per day.

The same is true about oatmeal and anything else with oats including granola bars. Popular breakfast cereals like Cheerios also contain the controversial weed killer. (You shouldn’t eat cereal for breakfast anyway. Instead, sip 16 oz of Green Drink. Then have a plant-based protein shake.)

Thanks in large part to actress Cameron Diaz, clean wine is a growing consumer trend. Her wine label, Avaline,  uses organic grapes produced in biodynamic soil. No synthetic chemicals or fertilizers are used. (In the winemaking industry, glyphosate isn’t spread directly on grapes or the vines but is applied on vineyard weeds.)

Diaz’s goal in making clean wine is to provide full transparency to the wine making process. 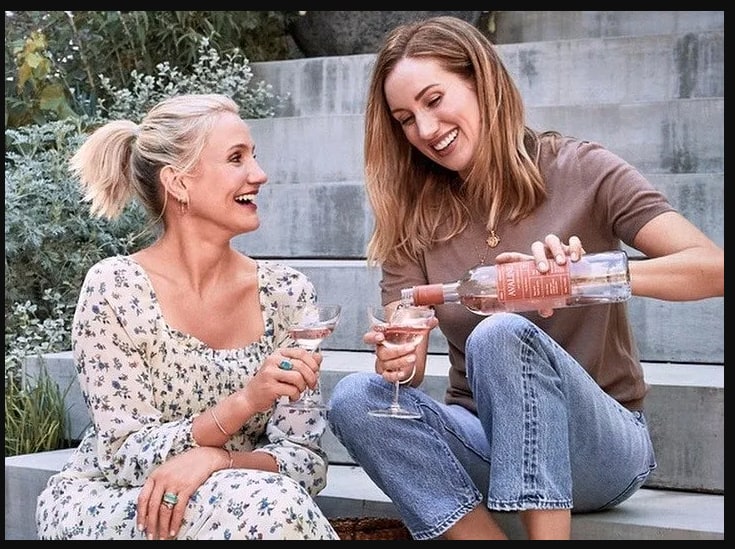