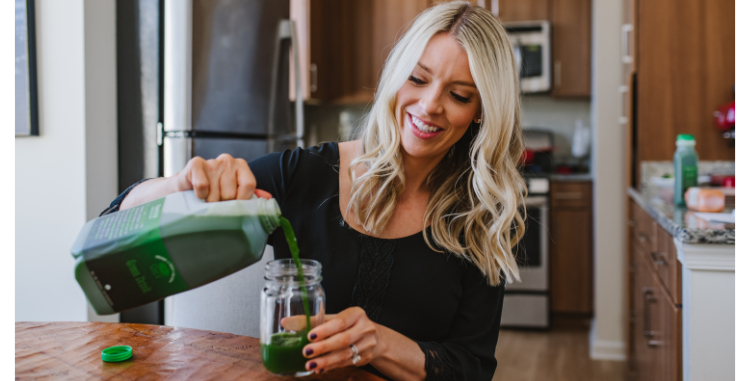 Do you feel like a slug in the morning? Is guzzling three cups of coffee the only thing that wakes you up from the dead? Chef V offers up 3 caffeine-free ways to help you conquer the day…

So … you’re addicted to coffee? Well, I’m not here to tell you to quit. But what I will say about caffeine is that because it’s a drug, you’re going to need more and more of it over time. Remember the good old days when one cup of coffee would make you feel invincible? But these days, there’s a good chance that if you’ve been a coffee drinker for years, just one cup is no longer going to do the trick.

OK, so I’m done with my spiel about the evils of caffeine. Again, I’m not saying that you should quit. But what I am saying is that if you feel like that without it, you’d be a worthless lump of coal, then maybe it’s time to reconsider your morning routine. For instance, try doing one of these 3 things to wake your butt up. 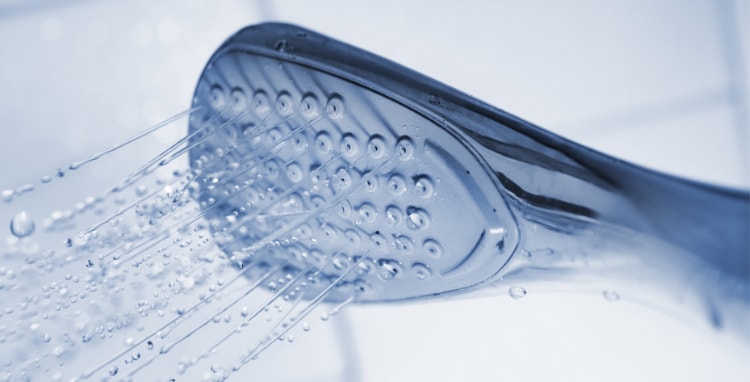 There’s even research to back this up. According to Healthline, cold water sends electrical impulses to your brain that … and here’s that word again … “jolt” your system to increase alertness, clarity, and energy levels. The so-called happy hormones known as endorphins are also released. So not only can taking a cold shower wake your butt up in the morning, it could also make you feel happier and more optimistic—at least after the shower is over and you’ve dried off.

Another possible benefit of taking a cold shower is that it may increase your metabolism. Researchers aren’t exactly sure how cold water plunges may help with weight loss. But hey, a replacement for coffee that may help you lose weight? I think it’s worth a try. 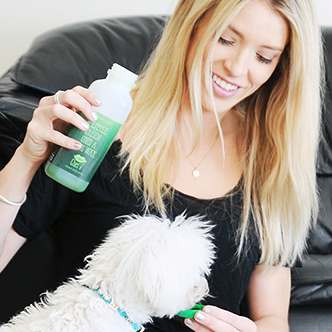 If you’re somebody who eats a typical American breakfast of toast, cereal, orange juice and coffee before heading out the door to work, listen up. OK, so the first problem with this breakfast is that it’s pretty much all carbs.

Even if the coffee gives you an energy boost, here’s probably what’s going to happen within an hour of your breakfast. Your blood sugar levels are going to rise from the cereal, milk sugars, toast and orange juice. Later, your blood sugar levels will drop to a level that’s lower than what it was before you ate breakfast. So what’s going to happen is you’re going to feel tired and need a second or third cup of coffee.

To prevent this blood sugar spike and dip, ditch the regular breakfast and replace it with Organic Green Drink. The 7 dark leafy greens are sweetened with a tiny bit of apple. And with only three grams of sugar per serving, you won’t have an energy crash.

But will Organic Green Drink give you that pick-me-up that coffee does? Well, not in the same jittery way. However, the 7 dark leafy greens are so nutrient-dense that they will flood your cells with energy in a very short amount of time. And if you must have your coffee, drink it at least one hour after having a Green Drink.

If you don’t want to get out of bed in the morning, just repeat this mantra: Get up, get up, get busy, do it. Get up and move that body. Anybody remember that song (from the one-hit wonder Techtronic way back in 1989.)

So I guarantee you that if you take a cold shower in the morning—even if it’s just for 30 seconds—and have a serving of Organic Green Drink, you’ll feel ready to conquer the world. And, if you can find time to do 10 minutes of exercise before you start your work day, you will feel absolutely bulletproof. Go for a walk, do a mini-yoga routine. It doesn’t matter what kind of exercise you do, just do it.

Hopefully, having Green Drink in the morning plus taking a cold shower and/or exercising will wean you off caffeine. 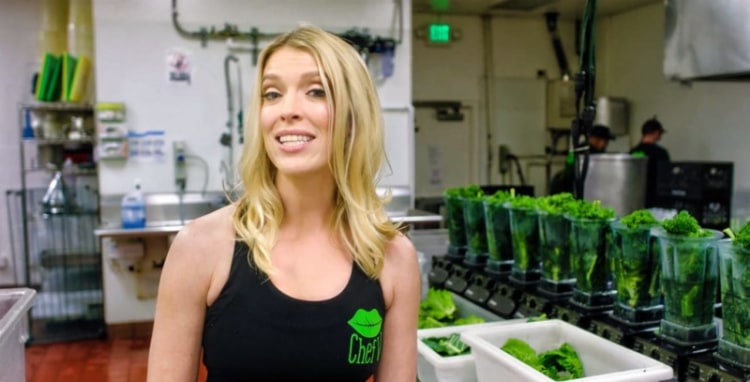 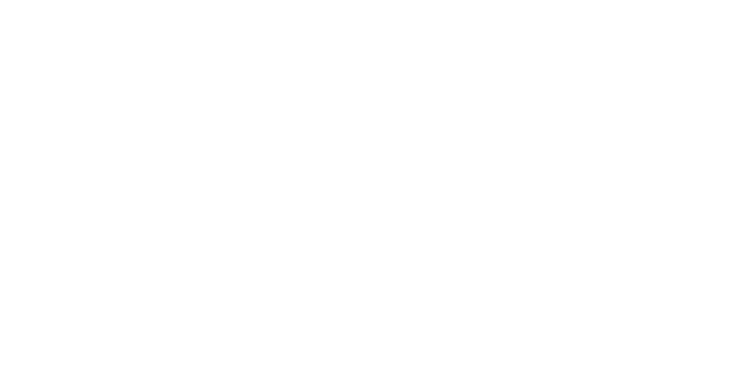 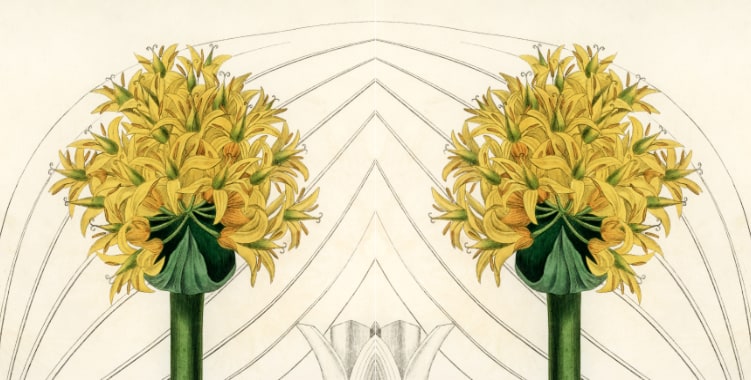 If your belly feels like you’re in the first trimester of pregnancy after a meal, don’t get down, just get bitter, digestive bitters that is. Chef V highlights a handful of her favorite bitters.

I’ve been bitter these days. No, it’s not because of the new scary variant (“scariant”?) or anything like that. I’ve hopped on the bitter bandwagon because lots of my lady customers are of a certain age that let’s just say brings changes.

And when the changes come, one of the first symptoms to manifest is compromised digestion. When your hormones are out of whack, it gets more difficult for the body to detox. It also becomes more difficult to lose weight and keep it off.

That’s why I recommend digestive bitters for any age really, but especially for mature ladies.

image above is of Gentian, an edible bitter herb 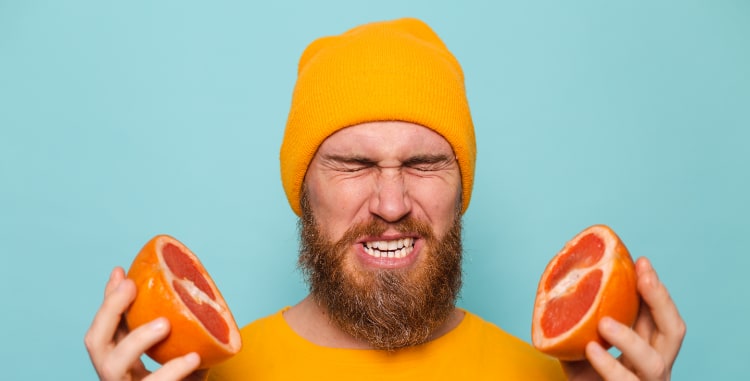 Out of the roughly 10,000 taste buds tickling your tongue, you’re probably only getting a steady dose of sweet and salty. Unfortunately, that’s the American Standard Diet for you.

Maybe if you eat a little yogurt, your sour taste buds will spring into action. But out of the five tastes our tongues can detect—savory is fourth—if it’s a slimmer belly and weight loss you want, seek out the fifth taste: bitter.

There’s a good reason why the back of your tongue is reserved for bitter taste. If your bitter buds were in the front of your tongue, you’d have a perpetual bitter beer face. (Remember that funny commercial?) In fact, the four other tastes are peppered throughout the tongue. But it’s only bitters that are relegated to the back of the tongue, which, fun fact, is technically considered a digestive organ.

We have an innate recoil response towards bitter food. Would you stuff your face with a head of the radicchio or an endive? No. But that doesn’t mean we should avoid bitters. Digestive bitters are bitter-tasting herbs that people have been using for thousands of years for bloated bellies and other digestive upsets.

Kale and dandelion are a couple of my favorite bitters. That’s just one of many reasons they are staple ingredients in CHEF V ORGANIC GREEN DRINK.

Now, my next favorite bitters aren’t necessarily meant for weight loss, but they do have a part in a balanced diet: dark chocolate/raw cacao and red wine. Isn’t it nice to know that if a little square of dark chocolate and a glass of red wine is your only indulgence, it’s actually a very healthy one?

If you want to experiment with digestive bitters, the best ones for bile production and metabolism that I recommend are:

● Milk thistle (You can buy this as a supplement; take it if you drink alcohol because it’s great for liver detox!)

Oh, and how can I forget the most widely-used plant-based bitter on the planet: coffee? Personally, I don’t drink coffee, but I’m certainly not going to judge you if you do. I don’t think coffee is good to drink when you’re trying to cleanse. But if you have a cup or two every day, it may even do your body some good. But I recommend cold-brew coffee instead of hot as it’s 60% less acidic and is much easier on your esophagus and digestive system.
In fact, women who drink coffee have lower rates of cardiovascular disease than women who don’t drink it. 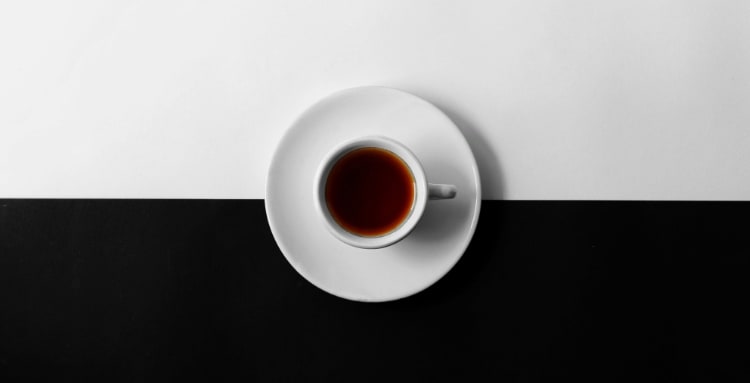 If you’re having trouble with weight management and no matter what you’ve tried, nothing seems to work, try adding more digestive bitters to your diet. There are several others, from broccoli to grapefruit, arugula and lots more.

So don’t worry and don’t get mad if your digestion is off. Just get bitter. 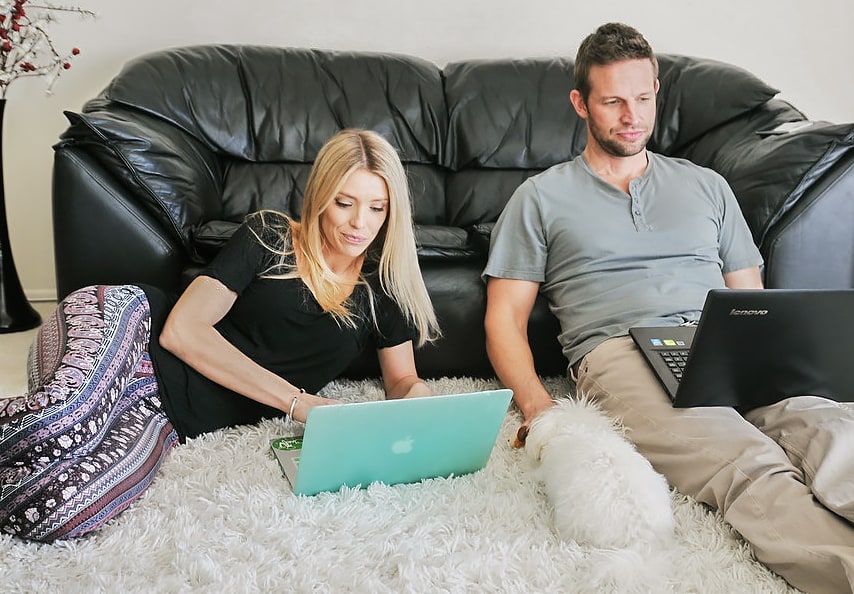