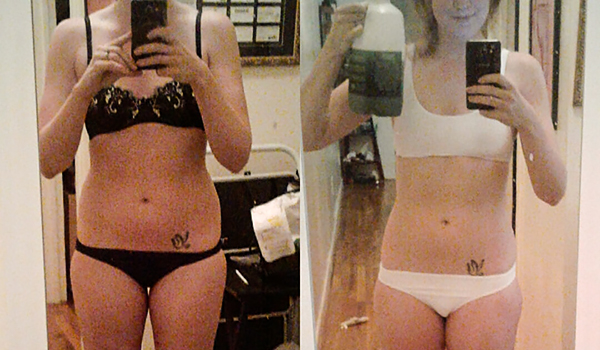 Let’s say your best friend’s wedding is coming up and you’re the maid of honor. How best to lose those stubborn 5-10 pounds so you can squeeze into that sexy, new dress? Should you drastically cut down on calories? Or should you just eat whatever you want as long as you’re doing intermittent fasting for 10-14 hours per day? Which method does science say is better for weight loss? Keep reading to find out….

Back in 1991, a group of 8 people embarked on an experiment of living in a self-contained artificial ecological environment near Tucson, Arizona. Think high-tech commune, but instead of hippies, the group consisted of a physician, as well as other doctors and researchers. They embarked on what was to be a two-year self-sustaining attempt at growing their own food. The domed facility they lived in was called Biosphere 2. The goal of the researchers was to assess the feasibility for future space colonists to grow their own food.

While the food-growing effort wasn’t as challenging as that of Matt Damon’s in the hit film, “The Martian," in which Damon’s character survives by fertilizing the Martian soil with his own poop, nonetheless, the 8 researchers quickly realized that they wouldn’t be able to grow enough food in the domed environment to sustain them.

In just so happened that one of the researchers was a devotee of calorie-restricted diets and author of a book about the subject. What better opportunity to conduct on experiment on calorie restricted diets. The 8 people living in Biosphere 2 (4 men, 4 women) reduced their calorie intake 30%.

Although calorie restriction (CR) has been studied for over 100 years, the Biosphere group is believed to be one of the first (if not the first) experiments on CR on humans.

If you want me to cut to the chase and say if calorie restriction is good for quick weight loss, I have some good news and bad news. I’ll give you the bad news first…. There are no studies on calorie restriction conducted over a short period of time such as a week or two. However, long-term studies conducted on primates reveal that calorie-restriction diets prolong life span. In fact, in one experiment, rhesus monkeys who live in captivity and fed a regular diet typically live about 26 years, whereas those who live in captivity and fed a CR-diet, can live up to 40.

In addition, besides weight loss, humans on CR diets have also reported lower blood pressure, lower cholesterol, and improved blood sugar levels. So clearly, CR is the way to go if you want to lose weight, right?

(the photo below is a before after photo of a Biosphere experimenter who used calorie restriction while living in the biosphere.)

The Dark Side of Calorie Restriction

Although the scientists living in Biosphere 2, by the end of the two-years, had better health markers than before the experiment started, there was one huge downside to their calorie-restriction experiment: they looked like skeletons. One of the researchers had his weight drop to 119 pounds from 150.

More recent experiments on calorie restriction also show some potential pitfalls. For example, a 2008 study, involving 143 people on a CR diet revealed that some of the dieters experienced trouble sleeping, and had low libido and lower overall energy during the two-year trial. And here’s one more downside the experiment group faced: they were hungry most of the time.

Going two years feeling hungry most of the day is an awfully long time. In fact, some of the researchers who participated in the Biosphere experiment said they obsessed about food, mentally, for much of the two years. The takeaway is that while CR diets may improve some important health markers, not everybody will be able to stick to it for life; it’s simply unsustainable.

Even if you’re trying to lose weight for just a short time, there’s a better way than strictly slashing your caloric intake….Intermittent Fasting: Science Says Superior For Weight Loss

Although fasting has been practiced by humans since prehistoric times, studies on how fasting affects the body has only been conducted since the 1940s. As of late, intermittent fasting has become a popular way to lose weight, increase energy and focus and other health benefits.

My husband, Brandon, and I have been doing intermittent fasting for a while and we both love it. I even recently launched an Intermittent Fasting Cleanse, which combines the 16-hour fasting window with my Organic Green Drink, Protein Shake, Detox Tea and Detox Soup.

Intermittent fasting is a much easier and more liberating way to get leaner and stay lean than CR Diets. In fact, with intermittent fasting you don’t have to count a single calorie. But after you go 16 hours without eating anything, your tummy will shrink and you’ll get full much faster. So in the end, you’ll likely eat less calories anyway with Intermittent Fasting but you’re not starving or depriving yourself.

Although studies on 16-hour fasting are few, owing to the recent popularity of this diet (actually, I consider it more of a lifestyle than a diet), the research on it is encouraging. Studies show that a 16-hour fast does in fact lead to consuming fewer calories. But it also shows that it can boost metabolism, lower insulin levels and blood sugar, and yes, lead to weight loss.

So next time you need to drop some weight for a special occasion, or just because, don’t starve yourself. Eat whatever you want (within reason) until your belly is content. Just make sure you’re going at least 14 hours from the end of your dinner until your next meal (no snacking). Ideally, shoot for 16 hours before you break your fast. And for even better results, break your fast with Green Drink and try not to snack in between meals.

Going 16 hours without eating will force your body to burn its own stored body fat for energy instead of stored sugar. In comparison, even if you eat 30% less calories on a CR diet, if you’re eating throughout the day, you might not burn as much body fat. Plus, you run the risk of being malnourished.

The verdict is in: intermittent fasting is much better for you weight loss and overall health than drastic calorie restriction.

#showyourbigjugs ⁣⁣
⁣⁣
We L💚VE our clients and all their support for Chef V! Especially this amazing woman and owner of my favorite @kiwi.spa.san.diego ⁣⁣
⁣⁣
Join the revolution and show your big jugs! Spread the health around. There’s enough for everyone 💚⁣
⁣
⁣
#chefv #chefvlife #bigjugs #greendrink #model #kiwispa #spasandiego #greenjuice #organic #organiccleanse ...

Did you know, I literally wrote the book on cleansing? And clients always ask at the store “Is this you on the book?” And then sometimes they react like this 👆 which is always so fun! ⁣
⁣
But really, my book has over 75 delicious recipes that you can eat everyday, nourish your body, detox your organs and just feel your best! I have healthy Mac n cheese, nachos, cheesecake, nut cheeses, smoothies, desserts, soups, salads and so much more! Cutting out processed foods, caffeine, refined sugars, red meat, gluten and dairy can do wonders on your body. This book helps you get there. 📖 ⁣
⁣
Hey, I love to try all kinds of foods including the ones listed above to avoid. So be mindful of the things you put in your body and get your butt in the kitchen and learn how to make some delicious, healthy and nourishing food! Cheers to your health! 👩‍🍳 ⁣link in bio!
⁣
⁣
⁣
#chefv #chefvbook #makingcleansingeasier #health #organic #organics #cookbook #healthyrecipes #foodie #glutenfree #vegan #veganrecipes #recipes #cookingwithv #chefvlife #greendrink #organiccleanse ...